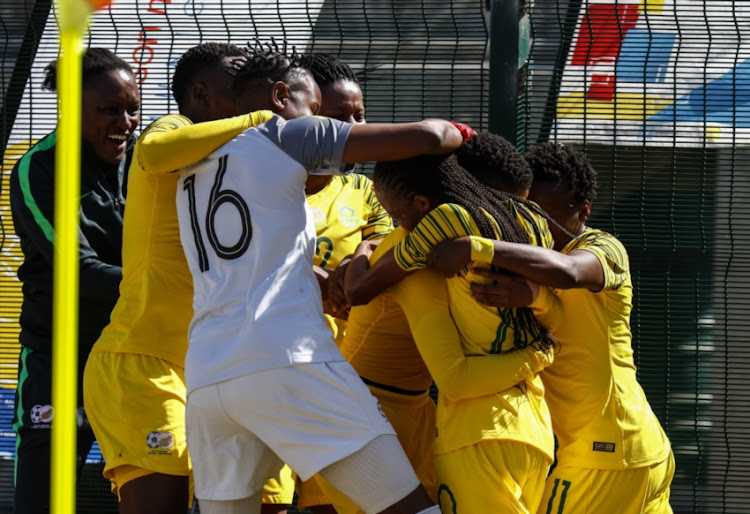 Jane's brace came in the 43rd and 90th minutes. Cameroon had equalised via Genevieve Ngo Mbeleck in the 66th.

The victory sees South Africa not only lift the regional title‚ but also provides a boost in confidence ahead of the crucial 2018 African Women's Championships that will be played in Ghana in November‚ and serve as qualifiers for the Fifa Women's World Cup in France next year.

Cameroon are potential opponents for Banyana Banyana at that competition and this win will do them the power of good in believing they can finish among the top three sides and qualify for a first ever World Cup.

South Africa forward Jermaine Seoposenwe had two excellent chances to give Banyana the lead early‚ but first she could only head straight at Cameroon goalkeeper Annette‚ and then her tame shot was easy for the glove woman.

Cameroon were pressing Banyana quickly when not in possession‚ not allowing the home side to create any fluency in their passing.

After forcing a turnover of possession‚ the visitors had a fast break down the right‚ but Abena Ninon shot wildly over the bar as she galloped into the box.

Just as the first half appeared to be coming to a close with no goals‚ Banyana took the lead in stunning fashion.

Cameroon could only clear the ball to Jane just outside the penalty box and her first-time shot arrowed into the bottom corner of the net.

For Canberra United-bound Jane‚ who has been excellent all tournament‚ it was an exceptional showcase of her quality on the ball.

Banyana right-back Nothando Vilakazi gifted possession to Raissa Feudjio 10 minutes into the second period and after the initial shot was blocked‚ the Cameroon midfielder drilled a low shot that was well stopped by Kaylin Swart in the home goal.

Cameroon came closer minutes later when Madeleine Ngono Mani got an excellent connection with a header from a free-kick‚ but Swart acrobatically pushed the ball over the bar.

The scores were level on 66 minutes though as Ngo Mbeleck turned brilliantly to take out two defenders‚ before placing the ball into the same corner as Jane.

It was reward for some persistent attacking from the West Africans in the second half as Ngo Mbeleck grabbed a third goal of the tournament.

Banyana skipper Janine van Wyk was on target with a 30-yard free-kick that was saved at the second attempt by Ngo Ndom‚ while Kgatlana should have won the game with two minutes remaining‚ but after working the shooting chance‚ she fired straight at the Cameroon keeper.

But the winner did come as Jane showed great pace to out-sprint the defence and with just Ngo Ndom to beat‚ planted her shot low past the keeper.