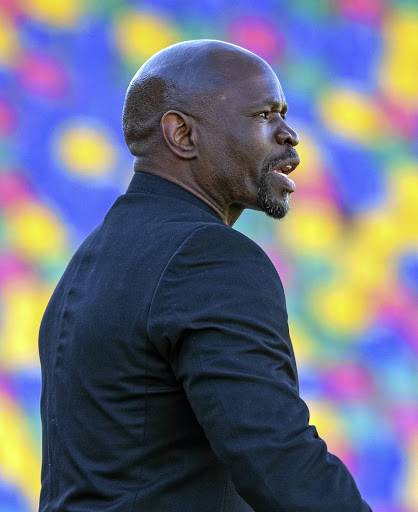 Steve Komphela has so far led the team to two wins.

Bloemfontein Celtic chief executive Khumbulani Konco has revealed that an announcement on the proposed sale of the club will be made at the end of the month.

Phunya Sele Sele have had a tumultuous year due to financial difficulties that have culminated in the club being put up for sale.

Earlier in the month reports suggested that Sinki Letshabane and Moeketsi Mosola had bought the club. "All the formal communications will come at the end of the month. Everyone from the supporters, to the staff, the players and PSL will be informed then," Konco told Sowetan.

He added: "We had a meeting where we spoke with the players and explained so that they know what is happening.

"We told them to forget everything outside that is out of their control and to focus on football."

The new buyers were allegedly given until the end of the month to come up with the asking price of R40-million.

Club chairperson Max Tshabalala has made no secret of the fact that the club is under severe financial strain.

Before the start of the Absa Premiership season on August 4, the players came close to boycotting their opening fixture over unpaid salaries.

The matter was resolved after they met with apparent new owners.

Konco did not want to entertain the matter of the salaries, saying: "That issue is in the past and I don't want to go back there. We have moved on. It is case closed."

Despite their woes Celtic have had a bright start in the new season under coach Steve Komphela after two wins over Chippa United and Golden Arrows (both 2-0 wins).

Konco has praised the team for not allowing the boardroom matters to affect their performance.