Who will replace Faf as captain? It's not at all back and white 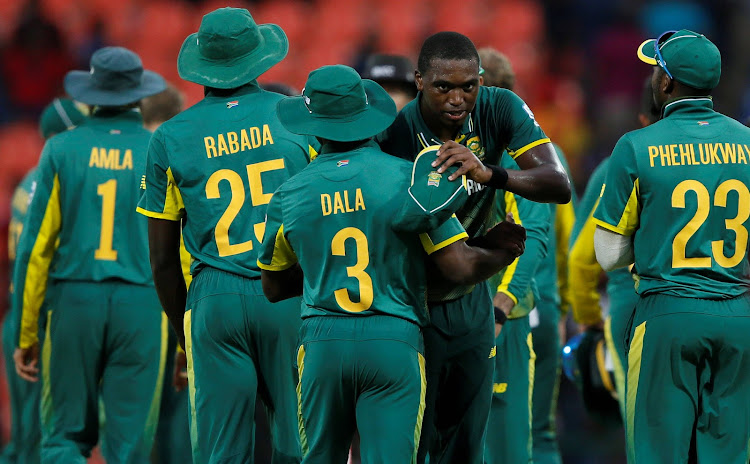 Who will replace the injured Faf du Plessis as South Africa’s captain on what remains of the tour of Sri Lanka?

It’s a simple question that‚ researched‚ throws up interesting answers — one of them alarming in a transformation sense.

On one level it doesn’t matter who fills the role in the last two matches of an ODI series South Africa have already won and a lone T20 that couldn’t matter less if it tried.

But there’s a lot of leadership experience in the squad to step into the breach created on Sunday when Du Plessis dived to try and take a catch during the third ODI and damaged tendons in his shoulder‚ which will put him on the sidelines for up to six weeks.

How much captaincy experience? All of 262 caps worth of the stuff and of all shapes‚ sizes and formats‚ not counting Du Plessis — who has 120 of his own dating back to his under-19 days.

Hashim Amla tops the list with 60 trips to the toss‚ including 26 as captain of South Africa.

JP Duminy has led teams 52 times‚ eight of them in T20 internationals.

We know that Aiden Markram can captain: he won the 2014 under-19 World Cup‚ although he was less successful in a home ODI series in February that India won 4-1.

And then there’s Quinton de Kock‚ who had nine captaincies to his credit when he stepped in for Du Plessis on Sunday and did a damn fine job.

So who else? How about Heinrich Klaasen‚ who deserves a game anyway and has led teams 50 times — nine first-class and three list A matches among them.

Or Wiaan Mulder‚ who captained South Africa’s under-19 team 13 times and has 31 games at the helm in all.

David Miller has been there in a dozen matches‚ Keshav Maharaj in nine and Reeza Hendricks in two.

According to cricketarchive.com‚ an authoritative source for statistics on players that includes records from their days as juniors‚ none of them have had a single game as captain.

That all of them are black and four of them are the only black African players in South Africa’s squad will not escape notice.

It’s mitigating that all five are not yet 30‚ that all are primarily bowlers — who don’t often become captains — and that among them only Rabada and Shamsi have played 50 or more first-class games.

But Klaasen‚ for instance‚ turned 27 on July 30 and has played 63 first-class matches. And yet‚ despite having plenty to do as a wicketkeeper‚ he has had 50 games as a skipper.

Another side of this equation is that Klaasen has played at senior provincial level since November 2011 and had won 60 of his first-class caps before he cracked the nod for South Africa.

You have to see the contrast with that in the fact that Ngidi’s 10th first-class game was also his Test debut.

But none of this is black and white.

When Klaasen made his first-class debut for Northerns against Northern Cape in Pretoria in October 2012 Mark Boucher’s career behind the stumps for South Africa had just ended‚ AB de Villiers’ was underway and De Kock’s had yet to start.

Deserving and impressive though he is it’s difficult to see how Klaasen could have been picked ahead of De Villiers or De Kock.

Similarly‚ it’s not hard to understand why Rabada earned his first Test cap after playing only 14 first-class games: he was‚ and remains‚ too good not to select.

Some players simply are demonstrably better than others‚ and some players are in the right place at the right time and others not.

It’s not always that simple. Boucher‚ for instance‚ had to fight off the solid case for a regular place in South Africa’s team made by Nic Pothas.

Both are white‚ which uncomplicates things. But‚ as we know only too well‚ transformation is complicated.

Less so the fact that none of the four black Africans in South Africa’s squad in Sri Lanka have ever been entrusted with the leadership of any of the teams for which they have played.

But let’s leave you with a happier stat. Black players in South Africa’s current squad have 123 caps worth of captaincy experience and whites 120.

On some scores we’re getting there. On others not.