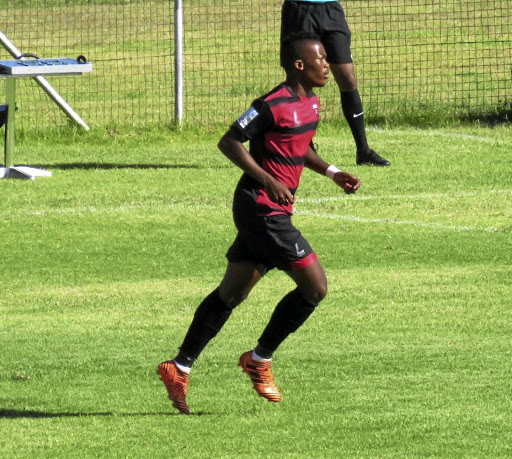 SuperSport United's budding striker Khanyisa Mayo, 19, who is on loan at struggling National First Division (NFD) side Ubuntu Cape Town, feels he will be the catalyst of the Mother City-based outfit's push to stave off relegation.

Ubuntu have only won three of their 18 league matches, which leaves them rooted in 15th on the table.

However, Mayo trusts he can play a key role in the league rookies' desire to retain their status at the end of the season.

"I know that I joined a struggling team but I am positive that I will bring about change. As a striker, my job is to score goals. I have been wishing for this opportunity [to get game time] so I am prepared to use it wisely," said Mayo.

"I wish to repay Ubuntu's faith on the field. The team must remain in the NFD, that's our primary objective."

Mayo, the son of retired Kaizer Chiefs and Bafana Bafana striker Patrick, sees the second tier as more demanding and physical but insists he is ready for the task at hand.

"At SuperSport I was playing in the MDC [Multichoice Diski Challenge] and now it is a different ball game. The NFD is more demanding in terms of physicality and the immediate demand of the results. Here you must be physically strong to succeed and I am up for that challenge."