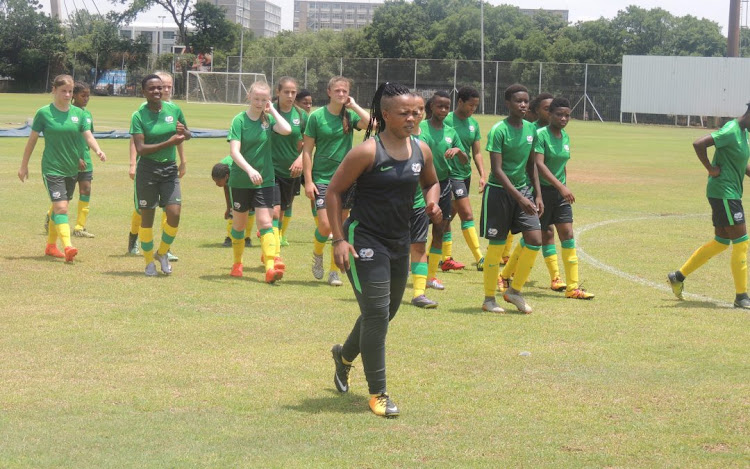 Bantwana head coach Simphiwe Dludlu is confident of the national Under-17 South African women’s soccer team getting a decent result away to Botswana in the first round of their World Cup qualifier on Friday.

The match will be played at the Lobatse Sports Complex at 3pm.

One of the main concerns for Dludlu‚ the former Banyana Banyana player‚ is the fact they have little knowledge about their opponents while they also have lacked a proper warmup match in their preparation for this encounter.

Bantwana‚ who performed dismally as one of the three African representatives in the 2010 World Cup in Trinidad and Tobago‚ are gunning for a place in next year’s World Cup in Uruguay from November 13 to December 1.

“The preparations have gone well except that we would have preferred to have played a friendly or two ahead of this match just to familiarise the girls with international football‚” said Dludlu after the conclusion of her team’s last training session in Soweto before their departure for Gaborone on Wednesday.

“We will have to make do with what we have. I’m happy with the organisation of the team and the fact that the girls now understand how we want them to play.”

Bantwana did not play in the preliminaries but Dludlu should be concerned of Botswana’s strength‚ particularly at home. Botswana lost 5-2 away to Zambia but managed to turn that result around with a 4-0 victory at home in the second leg.

“They will come at us with greater confidence after their remarkable comeback against Zambia‚” Dludlu said.

“I’m not undermining them one bit because they already have a taste of singing the national anthem and playing in front of their crowd whereas 99% of our girls have never played in any international match.”

Despite all her challenges Dludlu said she was confident of taking the team to the World Cup where they will have to improve after their poor 2010 campaign‚ where they lost 10-1 to Germany‚ 3-1 to South Korea and 4-0 to Mexico.

Bantwana will meet either Morocco or Equatorial Guinea in the second round if they overcome Botswana. The winner of that match will then form part of three African representatives in Uruguay.

The second leg of the Bantwana match against Botswana will be played on December 16 at the Dobsonville Stadium in Soweto.