Cosmos bank on depth for league and cup games 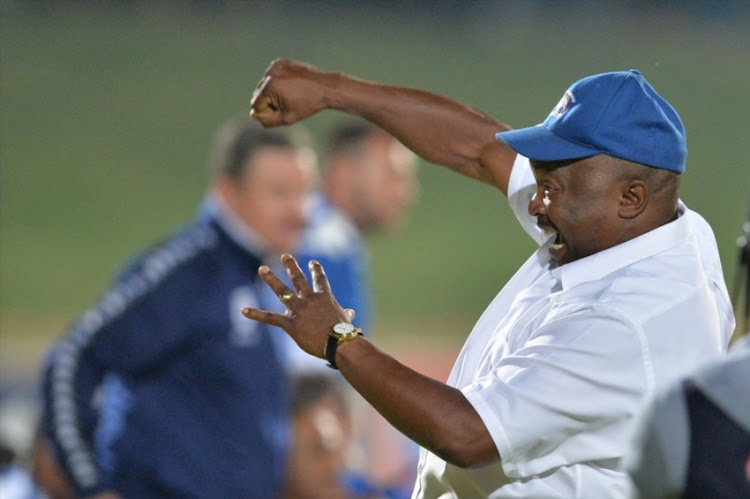 Cosmos have emerged as one of the pace-setters. They are fourth on the standings on 18 points, four behind leaders Highlands Park, after 11 matches.
Image: GALLO IMAGES

Jomo Cosmos assistant coach Siza Dlamini hopes the club's squad depth will be crucial in keeping their NFD momentum while they also look to stake their claim in this year's Nedbank Cup.

Cosmos will take on Ubuntu Cape Town for a berth in the Nedbank Cup's last 32 next month, but before that Ezenkosi will play three league games, starting with Mbombela United at Vosloorus Stadium tomorrow (3.30pm).

Cosmos have emerged as one of the pace-setters. They are fourth on the standings on 18 points, four behind leaders Highlands Park, after 11 matches.

After 10 rounds of the National First Division (NFD), former Premiership clubs - Highlands Park, University of Pretoria and Jomo Cosmos appear to be ...
Sport
4 years ago

"We have a big squad, something which will assist us compete in both the league and in the Nedbank Cup," said Dlamini on the sidelines of the NFD Nedbank Cup qualification draw in Johannesburg yesterday.

Heading into their top-of-the-table fixture against second-placed Mbombela, Dlamini is wary of their foes from Mpumalanga. "We are aware of their current form. It will not be easy because both of us are trying to close the gap on [the leaders] Highlands,'' said Dlamini.