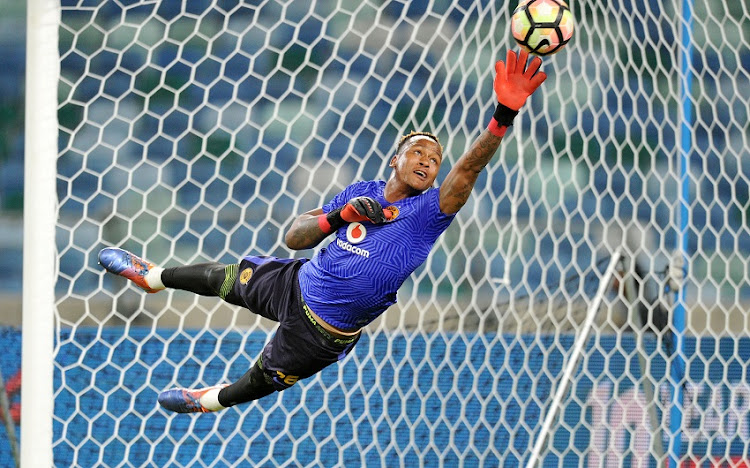 Khuzwayo stays around the corner from the Umlazi Stadium and AmaZulu happens to be the side that gave him his professional debut. Some of Khuzwayo's best goalkeeping moments in a Kaizer Chiefs jersey have come in Durban with the 2014/15 MTN8 final being the highlight.

In the 1-0 win against Orlando Pirates‚ Khuzwayo produced a superb goalkeeping display where he outshone the late Senzo Meyiwa‚ who also was from Umlazi.

He also was in goal when Chiefs were beaten 3-1 by Mamelodi Sundowns in the 2015/16 Telkom Knockout Cup final.

The 27-year-old has featured sporadically for Chiefs in the past three seasons due to Itumeleng Khune's continued excellence and the emergence of Bruce Bvuma.

Khuzwayo tweeted:”Former team that gave you your 1st contract‚ Stadium 5 minutes away from home ‚ township you spent your whole entire childhood playing football at. I would give up anything to even get a minute on that field tonight. But I guess I’ll have to wait for my chance. USUTHU VS KC.”

He continued:”Granny would wear her church uniform nd come straight to the stadium ... wouldn’t that be priceless though.”

With Twitter being Twitter‚ some of the replies were priceless‚ with @Mkhu28 giving him some sage advice: "At 16:30 today‚ give Khune some prawns my man.... ‚” the Chiefs fan tweeted.

It's also worth remembering that Khune posted a picture of himself earlier this week with an allergic reaction after eating prawns from where one tweep called him “Idumbeleng Khune”.