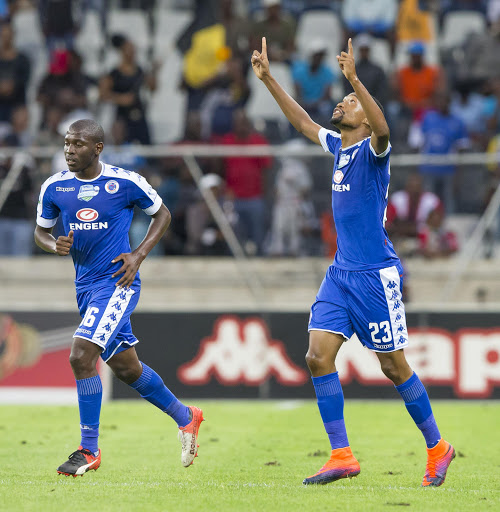 Like he did at Kaizer Chiefs, Stuart Baxter is bringing a culture of winning at SuperSport United.

Just six months after lifting the Nedbank Cup with Matsatsantsa a Pitori, Baxter has secured a place in the Telkom Knockout final, the only competition he has not won in the PSL.

Thanks to a Thabo Mnyamane goal - his third in as many games - SuperSport edged 10-man Bucs at Mbombela Stadium on Saturday, to proceed into the final for a second time in two years.

They beat Platinum Stars 3-2 in a pulsating final at Orlando Stadium in 2014, but they'll have another stubborn opponent in Cape Town City on December 10.

"For us it's another cup final. From the moment the coach came through the door, he discussed having a winning mentality," said SuperSport captain Dean Furman.

"We won the Nedbank Cup and that gave us a taste of success and from that moment we wanted more. To be in a cup final so soon after our last one is great."

The Bafana Bafana midfielder added: "It will be a difficult final against a team that is on form. But we are trying to breed a winning mentality, and our start in the league is reflecting that. We are excited and hopefully we can put more silverware for the club and the fans."

SuperSport are undefeated since September, when they were knocked out of the MTN8 by Tshwane rivals Mamelodi Sundowns.

City, meanwhile, are joint log leaders with Bidvest Wits and are a pleasure to watch going forward.

"Eric has got them organised, playing with speed and confidence," said Baxter.