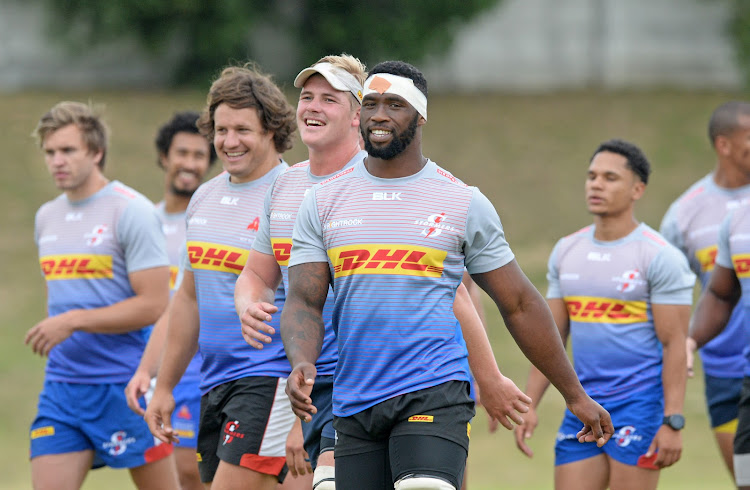 The Stormers' backrow has been significantly bolstered by the return to fitness of Siya Kolisi and Jaco Coetzee for Saturday's Currie Cup opener against the Blue Bulls at Newlands.

Springbok captain Kolisi has been absent since he suffered a grade one hamstring tear against the Pumas in the third round of Super Rugby Unlocked.

“Siya is fit‚ he has been training and is looking really good‚” said forwards coach Rito Hlungwani. “He is really excited to be involved with the team.”

Coetzee has been absent having followed concussion related protocols.

The pair's availability will bring grunt and valuable experience against a Bulls team that is particularly well stocked among their loose forwards. Kolisi at his best creates havoc in the collisions‚ while Coetzee can be persistently destructive in defence and in the way he carries the ball into the heart of the defence.

The Stormers will need all hands on deck against a Bulls backrow that played a strong hand in securing the Super Rugby Unlocked title. Duane Vermeulen‚ Arno Botha and in particular Marco van Staden were hard to contain.

Although his team lost badly to the Bulls at Loftus‚ Stormers coach John Dobson is optimistic his team has made progress in the right areas to challenge the side tipped for Currie Cup honours.

“There has been growth in the way Herschel (Jantjies) and Damian has been managing territory. I think a guy like Rickus Pretorius has come along. Our awareness of the kicking game and territory is what gives me hope.

“We changed tactically in that our kicking game is a lot better than it used to be. We are also starting to find rhythm on attack‚” said Dobson.

The coach is also pleased has been able to build depth during Super Rugby Unlocked.

“We used 40 players in five games‚ guys like Kwenzo Bloze‚ David Meihuizen‚ Sazi Sandi and Nama Xaba. I think if a lot of World Cup Springboks do go overseas after the British and Irish Lions tour next year‚ I think we [will] have a bit more depth than what we had before‚” the coach said..