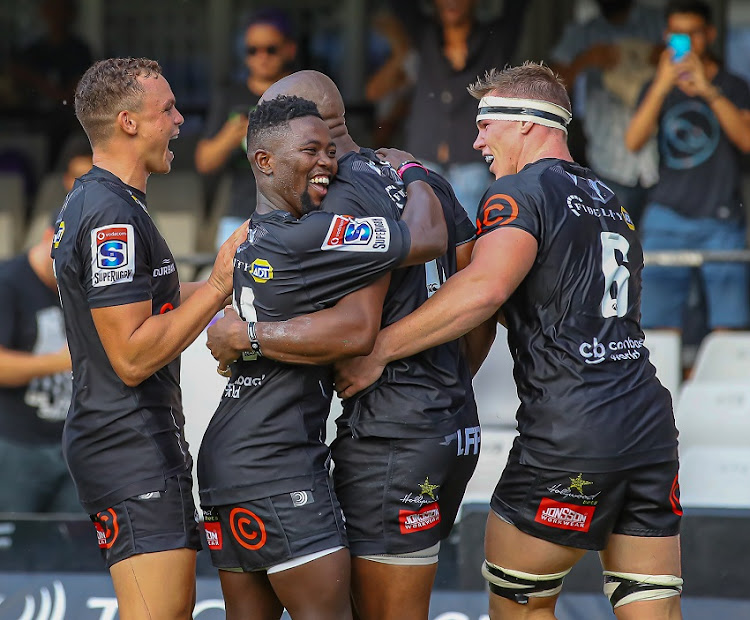 The Sharks may have lost loose-forward Tyler Paul‚ but they’ve been able to retain their Rugby World Cup winners.

Paul informed the Sharks he would be leaving on Thursday’s last day of the window for the get-out clause in contracts aimed at cutting costs due to the coronavirus.

Backline players Lukhanyo Am‚ S’busiso Nkosi and Makazole Mapimpi saw their values skyrocket after their successful exploits in Japan.

With exchange rates always working against South African teams‚ the Sharks were always going to be hard-pressed to keep their players.

They’ve already lost Andre Esterhuizen‚ but the Sharks’ November buying spree and their bases are covered at loose-forward.

The Sharks acquired Sikhumbuzo Notshe and James Venter last year; both of whom have gone on to play very well for the Sharks this year‚ while they’ve also got talented youngsters in Phepsi Buthelezi‚ Dylan Richardson and Celimpilo Gumede.

Henco Venter has also been a valuable addition to the Sharks‚ meaning the Durban outfit won’t be missing Paul‚ even though he was industrious as a utility forward.

Down in Cape Town‚ the Stormers have resigned themselves to losing loose-forward Cobus Wiese and flyhalf Jean-luc du Plessis‚ even though they’ve been able to retain star Springbok loose-forward Pieter-Steph du Toit.