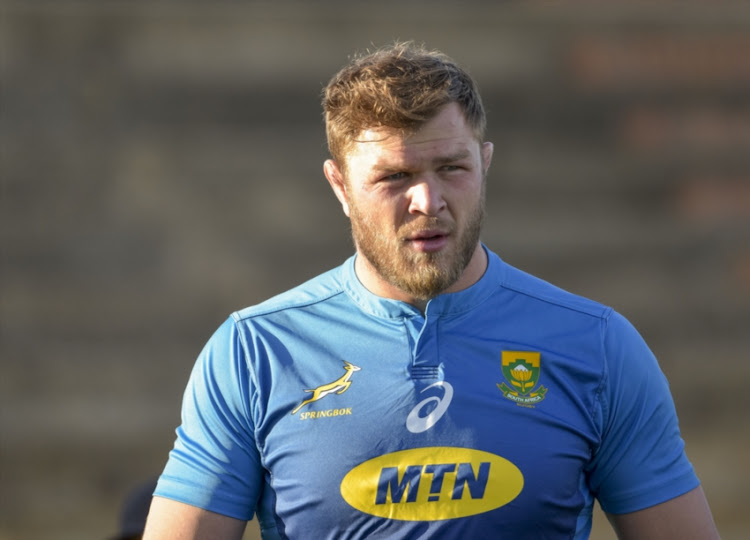 According to Springbok captain Duane Vermeulen‚ what South Africa did against Australia at Ellis Park last week won’t be of much relevance ahead of Saturday’s Rugby Championship clash against the All Blacks at Westpac Stadium in Wellington.

The Springboks beat the Wallabies 35-17 while New Zealand were fortunate to get past an error-strewn but passionate Argentina side 20-16 in Buenos Aires.

It’s not lost‚ though‚ on Vermeulen that the sides who played last week were at best experimental teams‚ even though there were a number of experienced campaigners in both sides.

First choice players are back‚ adding a heavyweight element to a game that already has a fair bit of spice after the Springboks won in Wellington last year.

There’s a lot of talk in regards to the September 21 World Cup game between the sides‚ but it’s still an All Black/Springbok Test.

“We started with a different group than last week against Australia and there’s a big change in our squad and line-up‚” Vermeulen said.

“As New Zealand also sent a different squad to Argentina‚ I think the teams are looking forward to this game from a preparation perspective and they’re looking at whether the guys can deliver.

“It’s going to be a massive clash‚ not just on the field‚ but in terms of picking the perfect combination. I don’t think you can take a lot out of last week.

“We can only look at ourselves in terms of how the team played in all facets. Most of the focus in the team is on us and maybe a little bit of how New Zealand played against Argentina.

“We know it was a different squad but the basics will stay the same. There’s been some good preparation off the field but you still have to wait and see what will happen on the field.”

Vermeulen wasn’t part of last year’s historic 36-34 triumph at the same ground and that explained his caution in regards with expecting lightning to strike twice at the same spot.

“A lot can change in a year and‚ as we’ve seen‚ the squads have new members in the teams. I think that brings a different style to the game.

“You can only prepare for this week in terms of what you’ve seen from the previous week to better yourself. We can only work on the stuff from last week and be better at it in the game‚” Vermeulen said.

Vermeulen‚ who last played against New Zealand in the 2015 World Cup semifinal at Twickenham‚ isn’t overawed by the occasion of being captain against the All Blacks.

After all‚ he’s started all 46 of his previous Tests‚ but the 33-year-old from Mbombela understands the importance of the game and what they need to get out of it.

“It’s a massive task and it’s always a privilege to captain the Boks and there’s only a few guys who’ve done this‚” Vermeulen said.

“I think I’m 62nd so it’s not a lot in the history of the Bok game. You still have to play the game. There’s a bit of emotion but it’s also controlled emotion.

“It’s a going to be a tough one‚ especially away but I’m looking forward to the challenge. I’ve missed playing against the All Blacks.

“This year was my first Super Rugby tournament after a while so it was nice to play there and get used to the game. A couple of weeks back‚ I played in the same stadium against the Hurricanes. I’ve been here recently but it’s good to be back in Springbok colours.”