Blitzboks ‘not worthy of the jersey’ in Chile burn 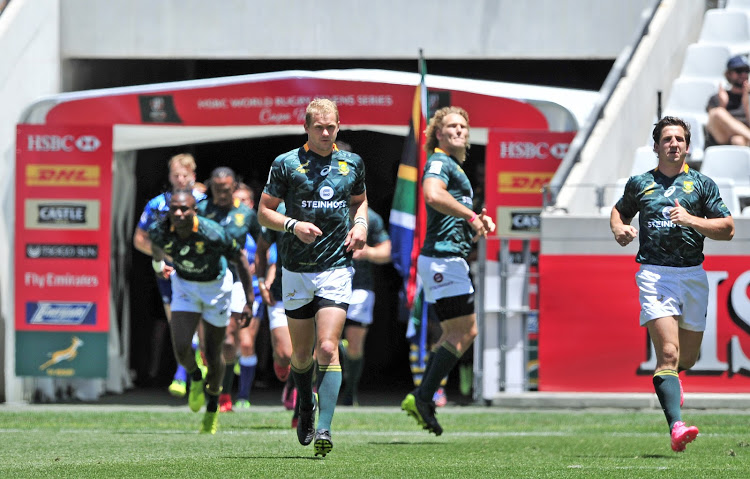 Blitzboks skipper Philip Snyman labelled his team’s 5-5 draw against Chile on day one of the Las Vegas Sevens as “totally unacceptable”.

The Blitzboks’ indifferent season continued with the shock draw against the minnows in the early hours of Saturday morning after starting the day by beating Japan.

The unexpected draw has dented SA’s chances of making the quarterfinals at the season’s fifth round of the World Series.

The Blitzboks face England in their final pool match in the early hours of Sunday morning.

If they lose that‚ and Chile beat Japan‚ then progress to the last eight will come down to points’ difference.

But even if the Blitzboks do reach the quarterfinals‚ nothing suggested they would go any further in the tournament after one of the worst displays in years against the South American team‚ which doesn’t compete regularly on the circuit.

In a season of lows‚ this was the lowest point. Snyman didn’t try and gloss over the poor performance either.

Blitzboks coach Powell puts his chips down on youth in Vegas

Blitzbok coach Neil Powell has backed youth and enthusiasm to turn his team’s fortunes around in the fifth leg of the HSBC World Sevens Series in Las ...
Sport
3 years ago

“We weren’t worthy of wearing the jersey tonight‚” Snyman said. “We didn’t capitalise on our opportunities‚ we had ball and we just gave it away inside their 22-metre area.

“We were lucky this match was against an inexperienced team [Chile]. If we had been up against a core team on the circuit with more experience‚ they would have put us away by a big score. It was totally unacceptable.”

Earlier in the day SA beat Japan 26-0 in another match that was far from perfect. But it was a better display than what came later.

Branco du Preez scored a first-half try for the Blitzboks against Chile‚ but that was all SA had to show for their gluttonous possession.

After the break Chile’s Benjamin De Vidts locked the match up at 5-5 three minutes from time.

Blitzboks focus on the small things

Although it’s a clichéd phrase‚ the Blitzboks are working hard on focusing on the processes that lead to success‚ rather than success itself.
Sport
3 years ago

It went down to the final moments as both teams pressed for the decisive score. JC Pretorius thought that he’d crossed for the Blitzboks on the final play but instead lost control of the ball trying to slide over the line.

Elsewhere in Pool C England‚ who are looking to gain vital points in their bid to finish in the top four at the end of the year for Tokyo 2020 Olympic qualification on behalf of Great Britain‚ made light work of both Chile (22-0) and Japan (31-12).

The evergreen Dan Norton finishing his day’s work with a classy hat-trick against Japan.