One final push for Boks in Cardiff 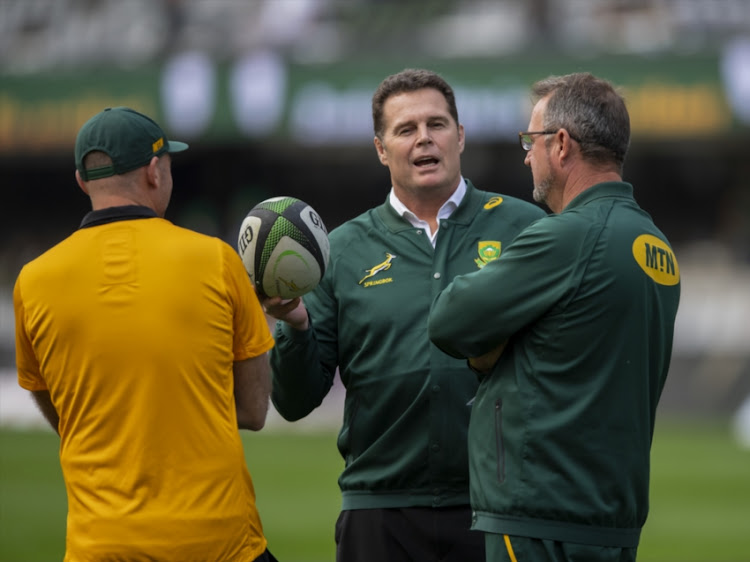 The Springboks are preparing themselves for one final push at the end of a long season when they try to arrest a run of three successive defeats against Wales in Cardiff this weekend.

Until 2014 Wales had only ever beaten the Boks once in in 29 meetings but they’ve now won four of the last five‚ including the last three in a row.

Three of those wins have been at the Principality Stadium in Cardiff and the other was in Washington when coach Rassie Erasmus fielded 13 uncapped in his first game in charge in June.

So it is little wonder Erasmus has described the fourth and final match of the November tour as the most difficult of the lot.

Given how the other games on tour have gone‚ with six points or fewer in them‚ Wales must start as overwhelming favourites against a Bok side still being pieced together.

Last week’s 26-20 win over Scotland where the Boks hung on but were never behind‚ was in contrast to the previous week’s 29-26 victory over France in Paris.

On that occasion the tourists needed to score in injury time to win.

Both performances showed something different in the Boks’ game and also highlighted their improvement.

Losing 12-11 to England on their tour opener was one that escaped considering SA’s first half dominance in that match that should have seen them out of sight by halftime.

But all these outings have added to the rugby IQ of the team and they are a better unit for it. Wales won’t discover a shambolic and unmotivated Bok team as they did in 2016 and 2017.

But Wales have built an impressive seven-match unbeaten run at their home ground over the past year and are ranked third in the world.

Speaking in the Welsh capital on Monday afternoon‚ Erasmus was very clear on the challenge that awaits his Springbok side on Saturday.

“In our view‚ Wales are definitely the most difficult opponent we will face on this tour‚” emphasised Erasmus.

“Warren (Gatland) has managed to build a superb side with lots of experience‚ and they are playing a good‚ balanced game‚ plus they have good depth and quality in their squad.

“They put Tonga away last weekend and the previous week they defeated Australia‚ so we are preparing ourselves for the most difficult Test of this tour.”