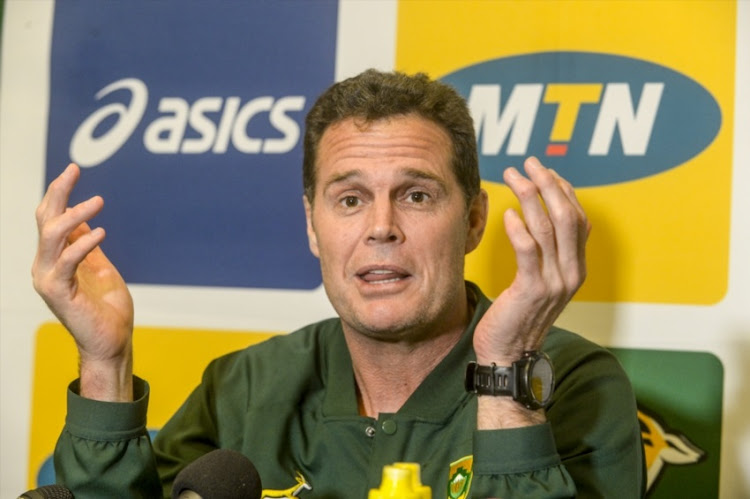 Coach Rassie Erasmus has revealed that a decision on the appointment of a permanent Springbok captain will be announced in the months leading up to the World Cup.

Erasmus made the announcement on Thursday ahead of Saturday's Rugby Championship showdown against the All Blacks at Westpac Stadium.

Siya Kolisi has captained the Boks in the last six matches and he will be in charge for the remainder of the Rugby Championship.

He is also expected to retained the armband until the end of year tour to Europe against England‚ France‚ Scotland and Wales.

“We have to be patient‚ but I like him and I back him.

"There has to be a time when the announcement is made and I can’t tell you if it is going to be in days‚ weeks or months‚” said Erasmus.

Erasmus said Kolisi was overwhelmed by the response from the public after his appointment as the first black African Springbok captain ahead of the series against England in June.

But the Bok coach added that he has settled into the role and is starting to play his normal rugby.

“He is definitely settling in‚" he said.

"During the England Test matches‚ there was the whole situation around him and it almost had an impact on his game.

"But now he is playing well and he is becoming better and better as captain.

"There will have to be a time where we announce the World Cup squad and the captain will also be announced.

"The guys who are in form will make that final 31 squad and currently‚ as everyone can see‚ we are trying to build a squad of 38-40 players who are capable.”

Erasmus said the fact that the recent defeats to Argentina and Australia have not affected Kolisi's performances shows his mental strength as both captain and coach are always in the firing line if results don’t come.

“The moment you start losing games‚ it is taught to look at positives and I fully agree with that‚" he said.

"But the way he has played‚ his carries and line breaks‚ he has been one of our consistent performers.

"He is growing into the role and we must be honest and say that he is going to make a few mistakes here and there.

"If he stays with the team until the World Cup‚ I think he will grow into a wonderful leader.

"He has been captain for six games and he is making us proud.”