Bok quartet to make first appearance of season for Stormers 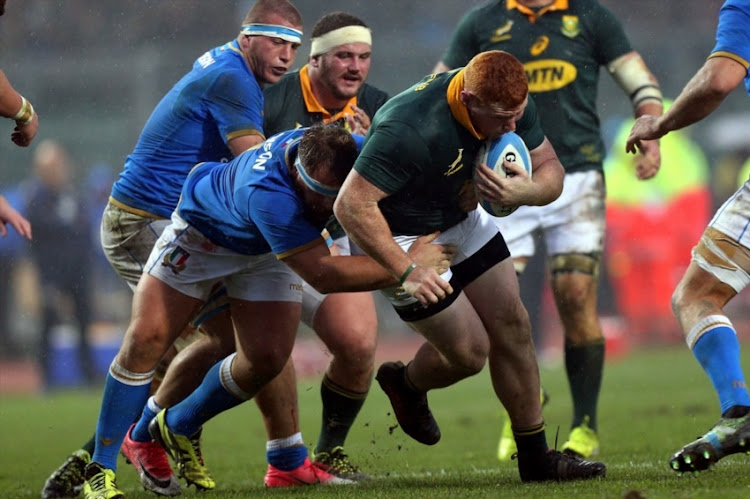 The Springbok quartet of props Steven Kitshoff and Wilco Louw‚ hooker Bongi Mbonambi and wing Dillyn Leyds‚ will make their first appearances of the year when the Stormers take on the Bulls in a pre-season match on Saturday.

The three players missed the Stormers’ first pre-season encounter against the SWD Eagles two weeks ago‚ but are ready to earn some game time in Wellington.

Others that will also play for the first time this year include flyhalf Damian Willemse‚ scrumhalves Dewaldt Duvenage and Justin Phillips‚ lock Jan de Klerk and centre EW Viljoen.

Seabelo Senatla and Sikhumbuzo Notshe are away on Springbok Sevens duty and Nizaam Carr is being rested having recently returned from a loan spell with London Wasps.

Stormers coach Robbie Fleck said that the players are looking forward to testing themselves against the Bulls before the campaign gets underway.

"The players have worked very hard in the pre-season‚ so this match will give us a good chance to get some competitive game-time under our belts‚” Fleck said.

"We want to ensure that our players are up to speed‚ so that we can be at our best at the start of what will be another demanding season‚" he said.

Fullback Craig Barry was included in the team for Saturday‚ even though he is on loan to the Cheetahs and was named in their PRO 14 touring party to Wales and Scotland on Tuesday. He leaves with the Cheetahs next Monday‚ but the Stormers can recall him at any time.