Coetzee in the autumn of his Springbok rein in Paris 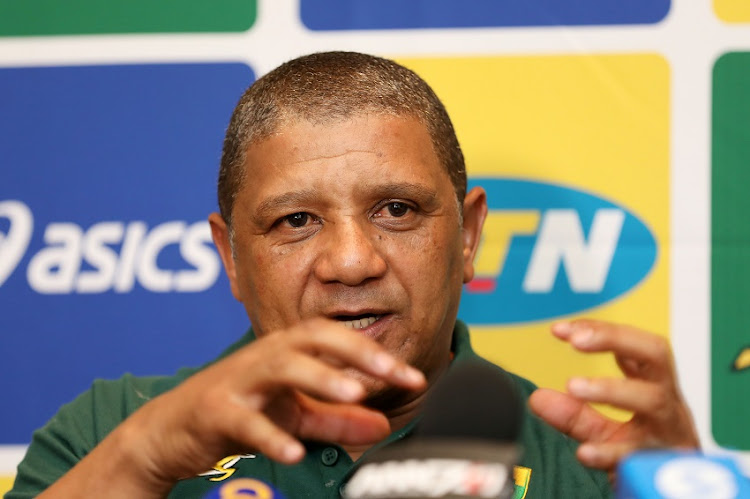 This week 20 years ago the Springboks delivered a rare display of Champagne rugby as they thoroughly vanquished France who were saying au revoir to Parc des Princes.

While France the following year found a new home in the north of the city in Saint Denis‚ the Springboks were in the throes of a winning streak that made them the most forceful team on the planet at that time. Their 52-10 victory over France proved a watershed as they went on to beat the All Blacks away from home the following year en route to laying their hands on a maiden Tri-Nations crown.

It was quite a turnaround. A year before they had been ridiculed for losing to the British and Irish Lions. Nick Mallett‚ however‚ set the team on their all-conquering ways with a squad that had been rebuilt and was less reliant on players who won the 1995 World Cup under Kitch Christie.

The current Boks squad has also gone through dramatic change since the last World Cup.

The talent pool from which coach Allister Coetzee has to assemble his squad is shallow and there is nothing to suggest he can engineer a turnaround like Mallett did 20 years ago. Player availability‚ or non-availability has proved debilitating for the Boks.

“We have to look at ways to keep our best players in the country‚” Coetzee noted this week.

“There are a lot of ways to do that‚ or things that can be put in place. It is not an easy thing. It is a tough thing competing against euros‚ pounds yen and dollars.”

He‚ too‚ is culpable. Under Coetzee the currency in which the Boks have mostly dealt in is inconsistency. They have only occasionally risen to the occasion.

They showed blood and guts against the All Blacks at Newlands delivering a performance born from sheer desperation following their nadir in Albany. No sporting team can successfully compete with that as their default setting.

The dice may be loaded against the coach with limitations in personnel on and off the field (the assistant-coaches merry-go-round) but ultimately his employers will hold him to account.

Last week it was reported he had a heated conversation with SA Rugby president Mark Alexander after their defeat to Ireland. Both denied the suggested tone in which their conversation took place but fact is‚ Coetzee is operating on borrowed time.

The wet autumn leaves have attached themselves to the streets of Paris. Coetzee‚ you sense‚ is very much in the autumn of his tenure as Springbok coach.