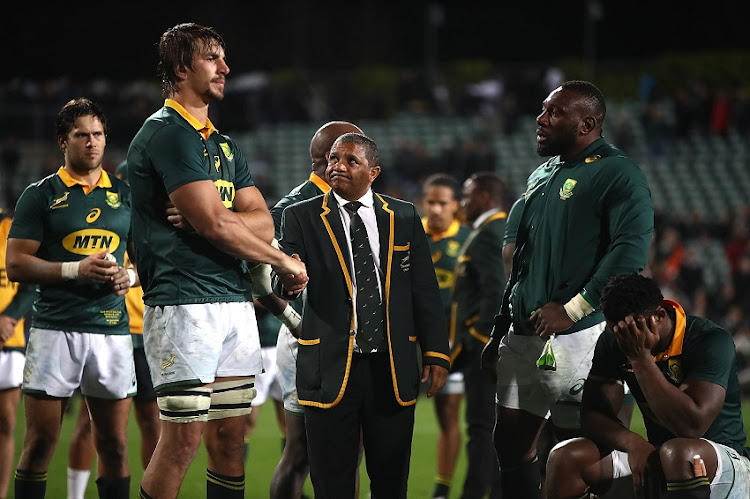 Springboks looking dejected after defeat to All Balcks in Australia.
Image: GETTY IMAGES

Cape Town – France have been named host of Rugby World up 2023 despite finishing second to South Africa in a technical review.

South Africa had been recommended by World Rugby’s Board but the Council members voted for France.

Ireland dropped out in the first round of voting after only securing eight votes with France taking 18 and SA 13.

In the second round France won 24 votes and SA only garnered 15 votes.

“We are bitterly disappointed at this decision and would like to apologise to the people and government of South Africa for raising their hopes. ,” said Mr Mark Alexander, president of SA Rugby.
“We did everything in our power to bring the tournament to South Africa