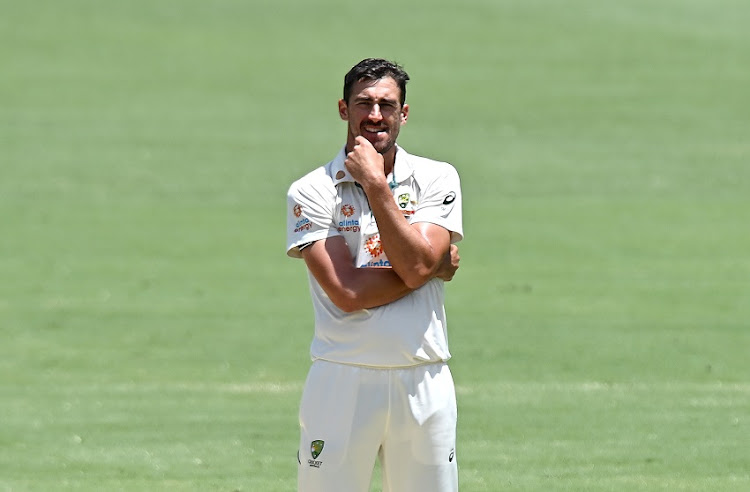 Mitchell Starc of Australia looks frustrated during day five of the 4th Test Match in the series between Australia and India at The Gabba on January 19, 2021 in Brisbane, Australia.
Image: Bradley Kanaris/Getty Images

Australia opening batsman David Warner said on Wednesday he regretted rushing his comeback from a groin strain during the test series against India in January, admitting it had probably set back his recovery.

Warner was ruled out of the first two tests against India after suffering the injury in a one-day match but came back into the side for the last two.

He managed only 67 runs while still hampered by the injury and Australia lost the series 2-1.

"It put me back a little bit," Warner told reporters on Wednesday.

"Looking back in hindsight, I probably wouldn't have done that."

Warner returns to action on Thursday with New South Wales in a domestic one-day match against South Australia in Adelaide, his first competitive match since India.

The 34-year-old, a fixture in Australia's test, one-day and T20 sides, has spoken of dropping one of the shorter formats to prolong his test career but on Wednesday reiterated his desire to play in the 50-over 2023 World Cup in India.

"We've got a good opportunity to play that and win in India," said Warner, who would play his third World Cup.

"The core team there, with the age group as well, it's probably going to be the last for a few of us."

Australia's packed schedule later this year, with the Ashes coming after the T20 World Cup in India, will pose a player management challenge for coaches and fitness staff.

Warner was unfazed about the prospect of going from white-ball cricket straight into the Ashes but said it would be "quite difficult" to prepare for a five-test series after two weeks of mandatory quarantine upon returning to Australia.

"It is very different. It's probably why you're seeing a lot of soft-tissue injuries around the world, not just in our sport," he said.