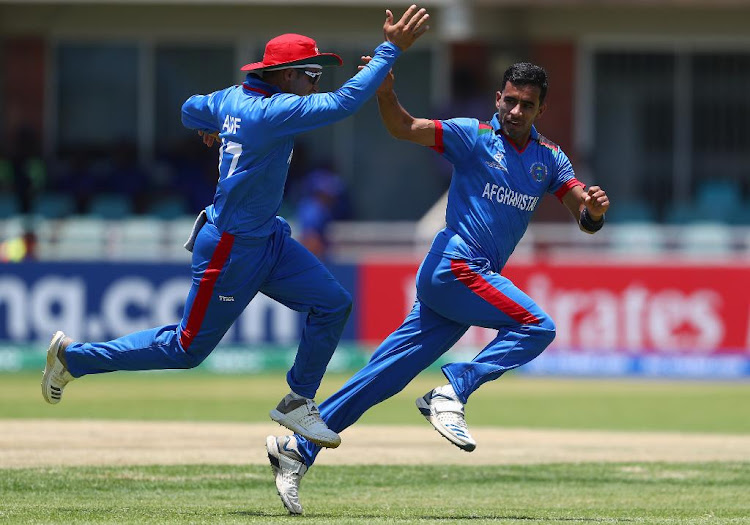 South Africa's Under-19's dismally failed a trial by spin when they were bundled out for 129 in 29.1 overs by Afghanistan in their ICC Under-19 Cricket World Cup opener.

It was grim stuff in Kimberley's searing mid-summer heat as Bryce Parsons won the toss and made use of a fair-paced surface that didn't present too many demons.

They manifested in Afghanistan's skilled and varied bowling attack that exposed each and every weakness in South Africa's batting. Shafiqullah Ghafari (6/15) who was the last bowler to get into the attack and he was the tormentor in chief.

The batsmen couldn't read him as eight of the 10 wickets fell to spin.

It didn't take long for the visitors to make early inroads as left-arm speedster Fazal Haque (2/43) reduced the hosts to 7/2 in the third over.

In his first over, he castled Jonathan Bird (nought) with an excellent inducker and in his next over, he removed Andrew Louw (two) with a similar delivery from around the wicket.

It as an explosive start that was tamed by an equally belligerent 55-run second wicket partnership between Parsons (40) and Luke Beaufort (25).

With the team having a soft middle-order, Parsons and Beaufort needed to bat for at least 25 overs.

That didn't happen as Parsons was gone in the 13th over when he edged left-arm wrist spinner Noor Ahmad (2/44) to Ghafari at first slip.

After his catch, Ghafari then went to work on SA's wonky middle-order, starting with Levert Manje (nought), who misread his googly.

Jack Lees (nought) was the next to go for a duck when he was beaten by an inch perfect arm-ball.

Khanya Cotani (eight) and Tiaan van Vuuren (five) tried their best to stem the flow, but they were both removed by Ghafari as SA slipped to 90/8 in 24 overs.

An early lunch, which was taken anyway and a team total of less that 100 was on the card.

Gerald Coetzee, as the most experienced of the South African lot, batted with the missing clarity and common sense as he took the attack to the spinners.

He clouted four fours and three massive sixes in his 23-ball stay before he became Ghafari's sixth victim.

Before that, Achille Cloete was also castled by Ghafari as the leg-spinner displayed exquisite control and variations of turn and length that were too much for the befuddled hosts.