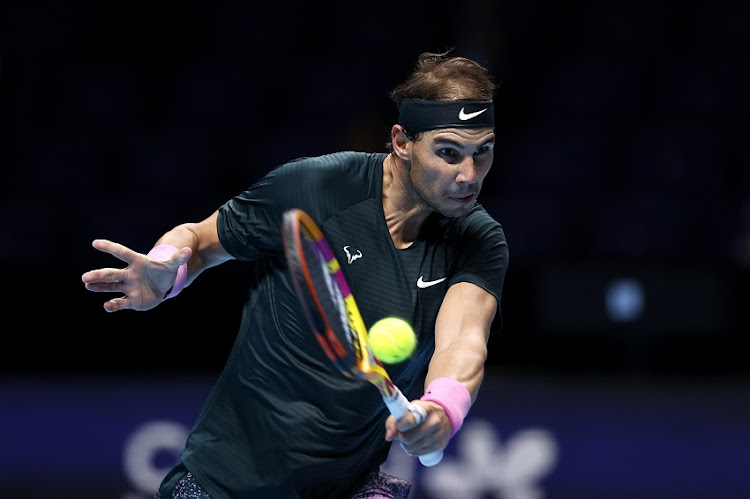 Rafael Nadal of Spain plays a backhand during his singles semi final match against Daniil Medvedev of Russia during day seven of the Nitto ATP World Tour Finals at The O2 Arena on November 21, 2020 in London, England.
Image: Clive Brunskill/Getty Images

Novak Djokovic's aura of invincibility at Rod Laver Arena wavered under the pressure of Frances Tiafoe but the Serbian rose to the challenge to claim a galvanising 6-3 6-7(3) 7-6(2) 6-3 win and reach the third round of the Australian Open.

The double-defending champion has rarely been tested so early at his favourite Grand Slam but he had his hands full against American Tiafoe, whose sparkling tennis revived memories of his exhilarating run to the 2019 quarter-finals.

Tiafoe went toe-to-toe with the top seed but it all fell apart in the seventh game of the final set when the American grew frustrated by the service clock and was broken after a foul-mouthed tirade.

Tiafoe also earned a code violation for an audible obscenity before bowing out with a double fault on match point as Djokovic advanced to a third round clash against the winner of Americans Taylor Fritz and Reilly Opelka.