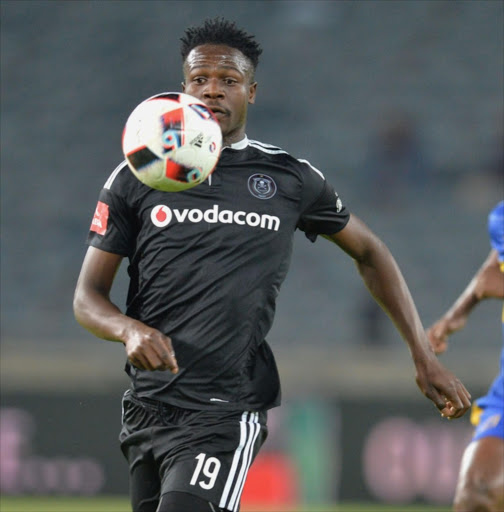 Defender Justice Chabalala admits he was "shocked" by Orlando Pirates's decision to loan him to Chippa United.

The 25-year-old has been loaned to the Chilli Boys for the remainder of the season, and with him having won the Man of the Match awards on a couple of occasions this season, the move has raised eyebrows.

Media reports emerged recently that Chabalala, along with three other Bucs players - Sello Japhta, Donald Mokondelela and Nkosinathi Mthiyane - were being sent on loan to the Chilli Boys without first having been consulted.

Chabalala, however, has told Sowetan that he was asked if he was keen on a loan switch and he accepted the move.

"I was shocked, but you have to expect things like these. I believe it is good for me, because I will still be playing in the PSL. Chippa United is a team that competes," he said yesterday.

"I was first called by my agent Abbie [Rasimphi] and he said Pirates want to loan me to Chippa, so what do I say?

"I told him that anything is fine, because I listen to the chairman [Irvin Khoza] and whatever he says, I take that. He is the big man in the team," Chabalala explained.

Chabalala has played 10 official matches for Pirates since joining the club from Free State Stars at the beginning of the season.

"People are surprised, but I'm okay with it. People are going to say this and that, but this is football and you have to be strong," said Chabalala, who left for Port Elizabeth on Sunday.

"I was part of the meeting. I represent three of the players including Japhta and Mokondelela.

"All the players knew about this," Rasimphi stated.

As part of the deal, the Buccaneers have welcomed James Okwuosa and Marc van Heerden, while Thembinkosi Lorch has also returned after spending the past six months at Chippa where he was on loan.