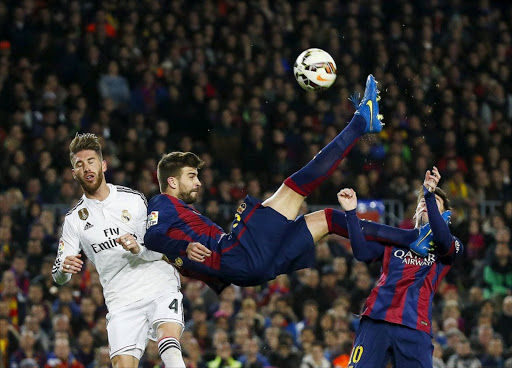 The Spanish league is looking for ways to expand its reach to SA and more La Liga clubs could visit this part of the world — including powerhouses Real Madrid and Barcelona — in the future.

The two friendly matches against as yet unnamed opposition will be played in Durban and in Cape Town.

La Liga Africa director Antonio Barradas told Times Media Digital on Thursday that they will not restrict their search for opponents to just teams from the two South African coastal cities and will cast the net wide to other provinces.

‘‘The identity of the two South African teams will depend on availability and they will not necessarily be from Durban and Cape Town‚” Barradas said.

‘‘We want to create ties between Spain and South Africa and more teams will come to SA.”

Málaga officials and Javier Tebas‚ the president of LaLiga‚ arrived in SA this week on a trip aimed at also expanding the club's horizons.

The Spaniards will be in SA for a week and will also visit Durban to familiarise themselves with the city's venues and facilities.

But confirming dates for the two friendlies could be a tricky proposition as the PSL campaign is expected to run longer than usual this season.

Zimbabwe's qualification to the 2017 Africa Cup of Nations means there will be a mid-season break for the PSL‚ even though Bafana Bafana failed to qualify for the continental tournament.

The campaign started late to accommodate the participation of the South African Under-23 team at the Rio Olympic Games.