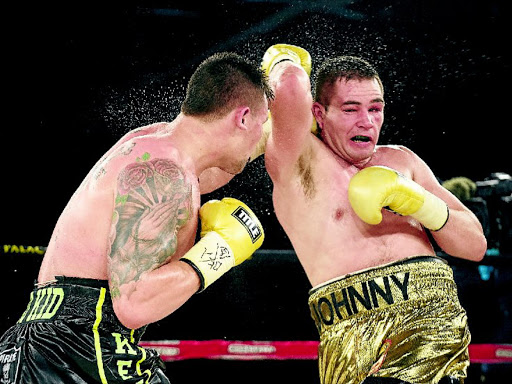 Boxing rematches often fail to live up to the success of the original, but combatants Johnny ''The Hurricane" Muller and Kevin ''KO Kid" Lerena are adamant that their return fight will provide even bigger fireworks than their first meeting.

Muller outpointed Lerena, the SA cruiserweight champion, over 10 rounds in November 2014. This time he challenges Lerena who puts his title on the line for the April 24 match-off at Emperors Palace.

Promoter Jeff Ellis and his associate Rodney Berman, who staged the first bout, have added the WBA Pan African belt as an added incentive to the two fighters.

''I urge people, especially those who did not see the first fight, to come in big numbers for this one," Muller said.

''They will be treated to a spectacular rematch. When I fought Kevin in our first fight I was coming from the light heavyweight division.

"I was thin. I am now a fully-fledged cruiserweight. I have settled in this weight division. I am very strong."

Muller last fought in August last year when he was stopped by hard-hitting Oleksandr Usyk in a fight for the WBO Intercontinental belt in the Ukraine.

That was Muller's fifth loss in 26 bouts.

The powerfully built Lerena - a former South African, WBF Africa and WBC Youth Silver champion - is under the guidance of former heavyweight fighter Peter Smith and will bid for the first defence of the belt he won from Deon Coetzee in July.

Said Lerena: ''There is nothing personal. Johnny is challenging me for my title and my objective is to defend it.

"Johnny is tough. I hit him with my best shots and he was still standing after 10 rounds. That was my first loss. I hate losing."

Smith said: ''A lot has changed in Lerena's approach to the game after that loss. Johnny is a great contender, so is Kevin.

"This will be a great rematch but I honestly don't see Johnny live with Kevin for 12 rounds.

"We want to win this fight so bad that it could go down as a fight of the year."

Volbrecht said: ''I saw Kevin against Deon and I was impressed because I had thought Deon would give him trouble.

"It is going to be a fantastic fight. Let's us make it the last because we don't need a third one."

There will be seven under-card bouts.