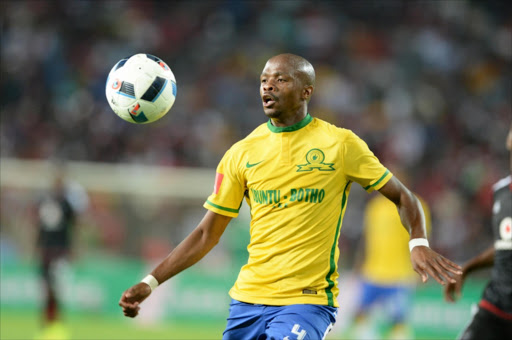 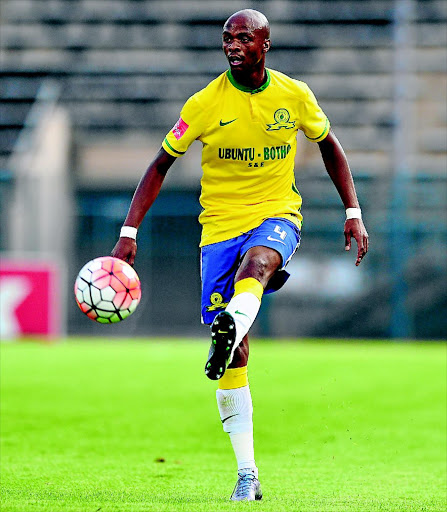 Mamelodi Sundowns defender Tebogo Langerman feels he should have been part of the Bafana Bafana squad that was named last week.

Langerman has confided in his coach Pitso Mosimane and the Downs coach revealed that the 29-year-old left-footed player was disappointed after Shakes Mashaba opted for other players at left back.

In his 25-man squad to play Cameroon on March 26 in Limbe and again on March 29 at Moses Mabhida Stadium, Mashaba named Thabo Matlaba, S'fiso Hlanti and Cheslyn Jampies among his preferred options.

"Look, I must tell you he's disappointed. He said, 'Coach, I'm not saying I must play ahead of Matlaba, but at this point in time I think on stats I'm more effective than the other two ahead of me [Hlanti and Jampies]'. I said to Langerman, 'Just shut your mouth and play'," Mosimane revealed.

The former Bafana Bafana coach says he can understand the defender's argument, because he's been one of the standout performers this season.

"At the moment, Langerman is effective, hey. He goes down the line, he crosses and most of our balls come from Langerman, let's be honest. Langerman is experienced; he's won cups and he won the league with us," he said.

Mosimane, though, stressed that his comments should not be viewed as criticism of Mashaba's selection criteria that has come under scrutiny. On the contrary, he's happy to have three players in the squad in Kekana, Themba Zwane and Asavela Mbekile.

"We have three and I don't want to complain," said Mosimane, who also refused to comment on Keegan Dolly's omission from the squad.

Sundowns have their own international football commitments in the CAF Champions League..

The Tshwane side brushed aside AC Leopards 2-0 on Saturday, courtesy of goals from Dolly and Leonardo Castro, in the first leg of the first round.

The return leg will be played on Saturday at the Dennis Sassou Nguesso Stadium in Dolisie, Brazzaville.