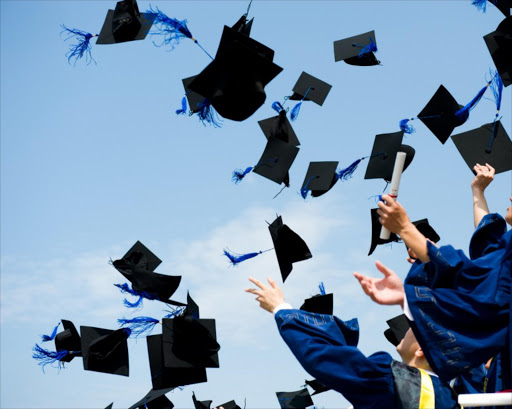 Stellenbosch University says a record number of students will receive doctoral degrees this year while the university will also award its highest number of qualifications at the ceremony on Monday.

The first group of students in South Africa to receive the degree MSc Sustainable Agriculture will also be awarded.

"During this week's March graduation 139 doctorates will be awarded that are regarded as part of the 2015 academic year. This is the most doctorates for an academic year at the university," university spokesperson Martin Viljoen said.

One honorary doctorate will be awarded – to the award-winning psychologist and Nobel prize winner Prof Daniel Kahneman.

The degree of Doctor of Philosophy (DPhil), honoris causa, will be awarded to Kahneman in recognition of his thought-provoking research on the human response to uncertainty.

Among other recipients are Willem Venter, a blind student who will receive his MSc Computer Science degree.

Hanno Schreiber will receive his honours degree in computer science, along with the lexicographer, Dr Hanelle Fourie Blair.

The pair developed the first prototype of a multimedia electronic dictionary for South African Sign Language.

Busi Mahlobo, Sakeus Kafula, Tshepo Morokong and Zander Venter will be among the first students in South Africa to be able to write a MSc Sustainable Agriculture degree behind their name.

"With this year's drought, food price hikes and new market complexities because of the AGOA trade agreement, these graduates couldn't have come at a better time," Prof Kennedy Dzama, team leader of Sustainable Agriculture South Africa and chair of the Department of Animal Sciences at Stellenbosch University said.

They all enrolled in 2014, when the MSc Sustainable Agriculture Programme was launched as an initiative between the Faculty of AgriSciences at Stellenbosch, Wageningen University Research in the Netherlands and Conservation South Africa.

The theoretic base of the programme is grounded in real-world applications through a unique module called Work Integrated Learning.

Dzama said they were happy about this milestone, as well as excited about the fact that all the students had completed their degrees on time.

"As potential future practitoners and policy makers for our country's food system, they have been equipped to deal with complex and controversial topics such as climate change, genetically modified foods, food wastage, land reform and many more," he said.

Graduation ceremonies will be held up until Thursday.