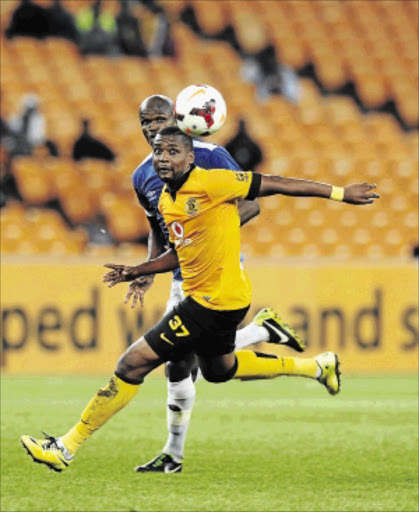 Katlego Mphela could consider a move abroad after his contract with Kaizer Chiefs was terminated with a year to go owing to claims of ill-discipline.

The striker's agent, Glyn Binkin confirmed yesterday that he was considering offers from China, the United Arab Emirates and the US, though nothing had been decided yet.

"It has always been Katlego's intention to play overseas, but that didn't materialise. He did go to France [with RC Strasbourg] when he was a teenager but he wasn't really a first-team player. There were overseas offers for him while he was still at Sundowns, but those were rejected by the club. We hope this time he will fulfill his dream," Binkin said.

He confirmed he hadn't got offers from local teams yet.

"To be honest, it's still quiet in the market because clubs are on holiday. There's also a lot of uncertainty at most local clubs, and the transfer window period opens only on July 1. But maybe the manner in which he left Chiefs may also influence clubs."

Amakhosi terminated Mphela's contract a year early after the player missed several functions, including the club awards and trophy parade.

Binkin said the striker did not seek compensation from Chiefs.

"The parting of ways was so amicable that financial consideration did not even come into play. Chiefs wanted him to go, and he also wanted to go.

"I saw the correspondence from Chiefs about the reported incidents [missed functions]. They indicated there were issues, but we agreed they should issue him with his clearance. In the end both parties were happy," he said.

Mphela moved to Chiefs from Sundowns in January last year, but injuries limited him to 15 league and cup appearances in his 17-month stay, during which time he scored five goals.