'Khoza is out to ruin me' 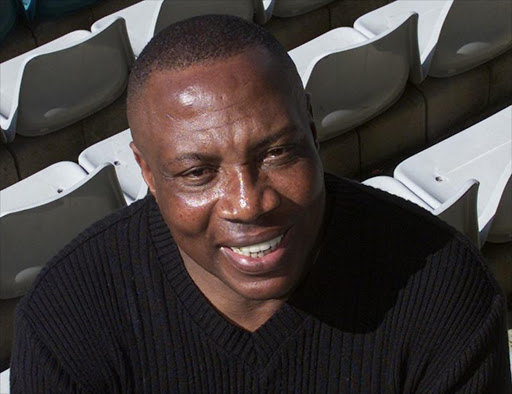 THE battle lines have been drawn between Ephraim "Shakes" Mashaba and Irvin Khoza after the Baby Bafana coach yesterday stopped short of accusing the PSL chairman of sabotaging him.

Mashaba was addressing an impromptu media briefing in Pretoria ahead of their departure to Algeria where they will play two friendlies against the home side.

Mashaba is using the matches to sharpen up the team ahead of the inaugural African Under-23 Championships in Morocco later this month.

The Confederation of African Football is using the championships to determine the three countries to represent the continent at the 2012 London Olympics.

Mashaba, who was flying solo at the media briefing, travelled to Algeria with only 17 players last night. "If we do not qualify for the London Olympics, it will be by design. The problem with us in South Africa is we design our own failure," said Mashaba.

"I do not understand why there are always problems between the PSL chairman and I when it comes to the release of players for the national teams.

"I had the same challenges in the build-up to the 2000 Sydney Olympics in Australia. The problems followed me when I was appointed Bafana Bafana coach. I ended up walking away from Bafana Bafana because of the same problem. I'm now with the Under-23s, and the same thing is happening.

"There are always two figures, it is the chairman and I."

Mashaba also took a swipe at Safa for not protecting him on this thorny club-versus-country issue.

He is also unhappy with Bafana coach Pitso Mosimane for publicly announcing that he left out Thulani Serero and Andile Jali (from the Bafana squad to play Ivory Coast) so they could go to Morocco with Baby Bafana.

Khoza said: "I cannot dignify this nonsense except to say it is about time I expose his agenda. I'm the one who initiated meetings with Safa to assist the Under-23s.

"Safa head of national teams Ace Kika is my witness, what I'm not sure of is whether Shakes is expressing the sentiments of Safa.

"I'm still insisting that Shakes did not present the Morocco championships programme to the PSL, I will prove it. Safa president (Kirsten Nematandani) thanked me in Parliament for helping the Under-23s, now I'm blamed this side. Who is telling the truth?"