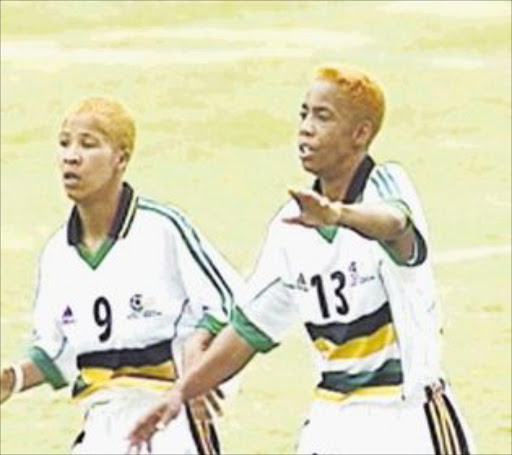 “A lot of people would prefer it if gay footballers 'came out', because they don’t think the players would have to put up with that much abuse.”

This is according to an online survey conducted by Staffordshire University in England.

The survey of 2000 supporters (www.topfan.co.uk) found that only 7% believed that soccer had no place for homosexuals.

“The big surprise was that we got what I suppose you’d call a counter-intuitive response and that was that 93% said they felt there was no place for homophobia in football and it should be stomped out and they felt that it brought shame on football,” Cashmore said.

“There was a call for greater transparency.

“A lot of people said they would prefer it if gay footballers came out because they don’t think they would have to put up with that much abuse.”

Only one professional footballer, England international Justin Fashanu, has revealed he was homosexual during his career. Fashanu committed suicide in 1998 at the age of 37.

Players in other sports have been equally reticent. Former Wales rugby captain Gareth Thomas revealed in a newspaper last year that he was gay, saying: “It’s pretty tough for me being the only international rugby player prepared to break the taboo.”

Thomas’s candour prompted sympathy from British former National Basketball Association (NBA) player John Amaechi, who announced he was gay after retiring in 2007, plus a warning that homophobia was still present in sport.

“The question remains when will a gay soccer player come out?,” Cashmore said.

“The fans themselves are of the opinion that, yes we know there are gay players and when we watch football every week we know we are watching gay players but actually it doesn’t matter to us.”

Cashmore said homophobia now was equivalent to the racism which blighted British soccer during the 1970s and 80s.

“Football fans who have for long been characterised as Neanderthal types, the knuckle-dragging kind of macho type who believe homosexuality is still taboo; actually they have changed as well,” he said.

“We have a new generation of football fans — managers, coaches, players themselves, I class them all as fans in some way.

“They don’t actually care very much about a person’s sexual orientation. But of course the players are living with a legacy and the legacy has become a heavy burden for football.

“It’s still enormously difficult but not as difficult as they think.”