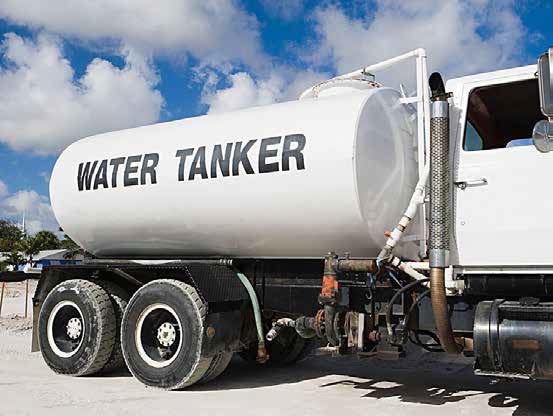 As the coronavirus (COVID-19) pandemic continues to spread, government is working to bring relief to water scarce communities. The Department of Human Settlements, Water and Sanitation (HSWS) has delivered tanks and water-carting trucks to communities across the country.

By mid-April, 14 737 tanks and 1 239 water-carrying trucks had been distributed to different communities across the country. HSWS is working with the Department of Co-operative Governance and Traditional Affairs to deliver temporary water services to communities in need.

Water and sanitation has launched a command centre, based at the Rand Water offices in Johannesburg, to co-ordinate the supply of water to all corners of the country.

“We have urged people to practise social distance but the personal hygiene side is also something that we must focus on by getting people to wash their hands for at least 20 seconds,” he said.

Sisulu says they have identified 2 000 communities that will receive water through trucks and tanks. She says the department is ensuring water supply to communities not yet served by a formal water service. “This will include providing communal water storage with water collection points, which will be filled by means of water carting in the interim,” she says.

In addition to this, Minister Sisulu called on private companies that drill boreholes to help with the provision of water to communities. “We are appealing to borehole-drilling companies across the country to extend a helping hand by drilling boreholes for communities which are in desperate need of water,” she says.

HSWS is also providing hand-washing facilities in public places, such as taxi ranks.

“These informal settlements have a high propensity for the spread of COVID-19. The spread could get out of control and we could find ourselves overwhelmed if we do not do something as a matter of urgency. As such, we have decided that we need to resettle some of the residents to ease congestion.

The plan will be implemented by resettling households; building temporary residential units and using temporary accommodation that is immediately available, with the approval of the Department of Health.

People can call 0800 200 200 to report areas that are experiencing water shortages.

The number of water-carrying trucks that have  been delivered to each province is (as of 17 April 2020):

Nompumelelo Ncube is one of our healthcare heroes working on the frontlines of the COVID-19 fight.
SebenzaLIVE
1 year ago

Buying locally manufactured products will ensure that the money spent by citizens stays in the country.
SebenzaLIVE
1 year ago
Next Article