Obama honours his heroes and heroines 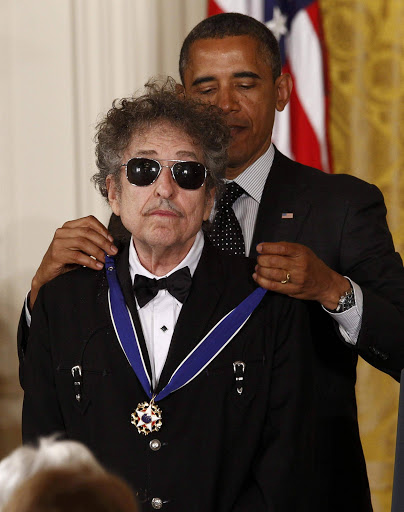 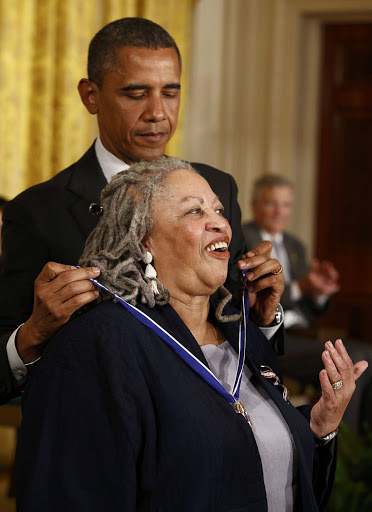 PRESIDENT Barack Obama on Tuesday gave the United States' top civilian honour to musician Bob Dylan, novelist Toni Morrison and 11 other people he described as his heroes because of their powerful words, songs and actions.

"What sets these men and women apart is the incredible impact they have had on so many people - not in short, blinding bursts, but steadily, over the course of a lifetime," Obama said, presenting the Presidential Medal of Freedom awards in a packed ceremony at the White House. "They have enriched our lives and they have changed our lives for the better."

In addition to famous political figures such as former US secretary of state Madeleine Albright and Israeli president Shimon Peres, Obama honoured several lesser-known individuals for their work in civil rights and public health.

He recalled reading about one of the award winners, labour activist Dolores Huerta, when he was starting off as a community organiser, and said that honouree John Doar, a senior official at the Justice Department during the 1960s, laid the groundwork for US racial equality and voting rights. "And I think it's fair to say that I might not be here had it not been for his work," Obama, the first black US president, told the audience in the East Room.

He also praised recently retired University of Tennessee women's basketball coach Pat Summitt for being an inspiration to his hoops-loving daughters as well as a brave advocate for those who, like her, are suffering from Alzheimer's disease.

"Anybody who feels sorry for Pat will find themselves on the receiving end of that famous glare, or she might punch you," Obama said.

He also honoured two people who have died - Girl Scouts founder Juliette Gordon Low and Jan Karski, an officer in the Polish underground who took his eyewitness account of Nazi atrocities to the outside world.

The president chooses the honourees. ". I remember in college listening to Bob Dylan and my world opening up because he captured something about this country that was so vital. Everybody on this stage has marked my life in profound ways."

A pianist from the Marine Corps Band played Dylan's 1963 hit Don't Think Twice, It's Alright before the ceremony started.

Past recipients of the award include former president Nelson Mandela - Reuters