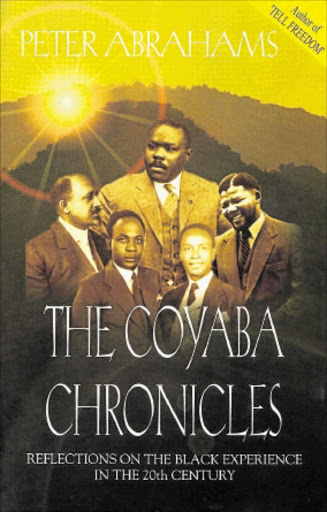 PETER Abrahams is one of the first black South African authors to publish internationally famous books highlighting the ravages of the apartheid system. His early books - Mine Boy and Tell Freedom - shocked and intrigued the world.

Over the decades many outstanding black African writers have confessed the literary debt they owe to Abrahams ... how his early works inspired them to become fine writers too.

The Coyaba Chronicles: Reflections on the Black Experience in the Twentieth Century (2000) is both a personal memoir and a powerful meditation on what WB Dubois defined at the beginning of the century as "the problem of the colour line; of the relations between the lighter and darker races of man".

Using Dubois as a point of departure, Abrahams writes passionately about the inherent "wrongness" of racial hatred and contemplates such timeless questions as: "When will we get over the deep psychic and emotional damage done by the racial experience?"

This is one of the major themes of the memoir - the quest for an intregrated identity challenge that faces people of colour in first- and third-world countries. The Coyaba Chronicles also follows the personal journey of Abrahams.

It is the odyssey of a young South African who becomes a sailorfor a while, leaving his homeland for wartime Britain and post-war France to become a writer. It chronicles his personal relationships with black literati of the day and his involvement in politics.

The journey takes him to the Caribbean island of Jamaica, where he and his wife, Daphne, and their three children find sanctuary from racial divisiveness at Coyaba in the hills of St Andrew.

The book also documents Abrahams with Nelson Mandela, a celebration of Daphne's birthday and the arrival of Mandela with friends up in the hills.

"The following night, Harley Neita came for me and drove me down to a national stadium, where even his official sticker did not help much in getting into the jam-packed stadium. This stadium was full to capacity, the milling overflow crowd outside at least as big again."

Neita was the then press secretary of the Jamaican government.

In the book, renowned South African author, Nadine Gordimer writes the following: "Blood, race, colour and origin are not the only bonding agents in human relations. The trouble is that the others are not easily defined. It is seldom that one finds the depth of wisdom in personal reminiscences, but here is wisdom in Peter Abraham's words."

During his literary career, Abrahams also met Langston Hughes - the "literary share-cropper" of Harlem in America.

In The Coyaba Chronicles , Abrahams describes his encounter with Hughes as follows : "You don't look like your writing. His voice was soft, disarming. He looked like his writing: warm, open, deceptively simple."

The memoir gives new direction to black writing with Abrahams summing it up in the following line: "Now, at least, there is the prospect of a black writer being just a writer who happens to be black and whose job, in the main, is to explore our black humanity and our black experience as part of the whole spectrum of humanity".

Abrahams was born in Vrededorp in 1919. However, since 1951, he and his family have lived in Jamaica where he continues his career as novelist and writer.