More young people in SA should be inspired by Sankara 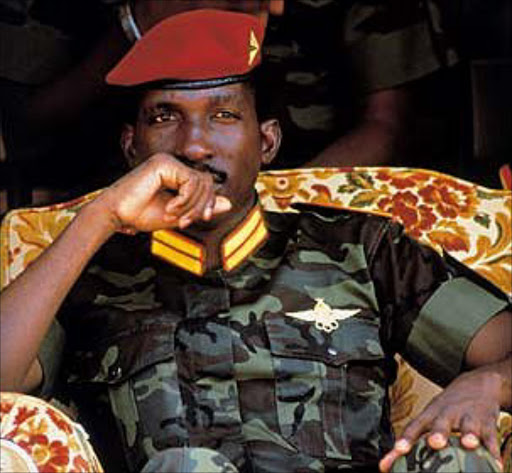 ON OCTOBER 15 1987 Thomas Sankara and his comrades were assassinated. That day the black world suffered an irreplaceable loss.

Sankara, then the popular president of Burkina Faso, had a week earlier said: "While revolutionaries as individuals can be murdered, you cannot kill ideas".

Sankara is even more important than giants of the last century like Steve Biko and Robert Sobukwe. Sankara used power to serve the people. We don't know what Biko and Sobukwe would have done with power. And what Nelson Mandela and the ANC have done with power is not pretty.

Sankara the visionary demonstrated that only the people can change their circumstances with the support of a pro-people government that is committed to serving the majority, not the political and business elites.

In the mid-1980s Sankara already insisted that women's liberation was key to the liberation of all.

He followed this up with practical steps to end women's oppression, including outlawing polygamy, forced marriages (ukuthwala), the genital mutilation of women (harmful and degrading rites of passage) and was the first to make sure women were promoted to roles that were traditionally reserved for men

Can our leaders in power and outside of power take a lesson from Sankra? The Wikipedia shows that Sankara did the following:

"He sold off the government fleet of Mercedes cars and made the Renault 5 (the cheapest car sold in Burkina Faso at that time) the official service car of ministers.

He reduced the salaries of all public servants, including his own, and stopped the use of government chauffeurs and first class airline tickets.

He redistributed land from the rich and gave it directly to the peasants. Wheat production rose in just three years from 1700kg a hectare to 3800kg a hectare, making the country food self-sufficient over a mere three years.

Sankara opposed foreign aid, saying "he who feeds you, controls you".

He converted the army's provisioning store into a state-owned supermarket open to everyone (the first supermarket in the country).

He forced civil servants to pay one month's salary to public projects.

He refused to use the air conditioning in his office on the grounds that such luxury was only available to a handful of Burkinabés.

As president he lowered his salary drastically and limited his possessions to a car, four bikes, three guitars, a fridge and a broken freezer.

Right now, our country is in a deep political, economic and moral crises. The youth suffer while their leaders fight over tenders and positions.

Our intellectuals don't know how to think outside the dominant ideas that cause suffering and exclusion. It's time to look at the example of Sankara, to be inspired by it and trust in the people again. The time of politicians is over!

My hope is that more young people in South Africa are inspired by Sankara, not Kenny Kunene and Juluis Malema's millions while the people suffer!