What happened with Abbott baby formula that worsened a U.S. shortage? 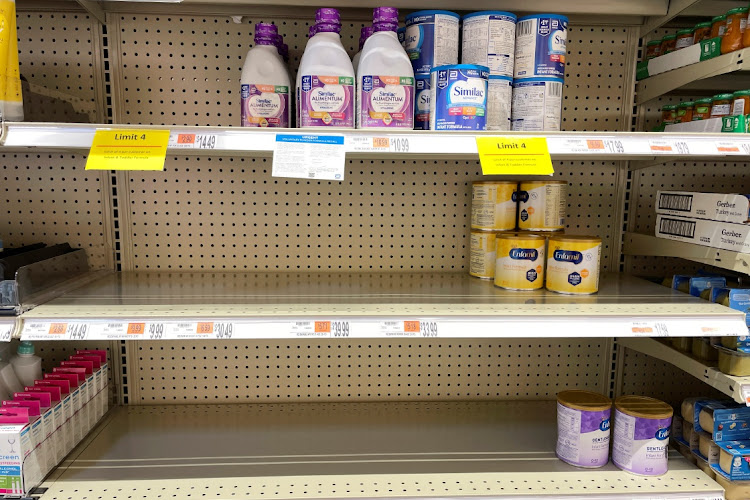 Shelves for baby and toddler formula are partially empty, as the quantity a shopper can buy is limited amid continuing nationwide shortages, at a grocery store in Medford, Massachusetts, U.S., May 17, 2022.
Image: REUTERS/Brian Snyder

Abbott Laboratories, the biggest U.S. supplier of powder infant formula including Similac, has agreed with regulators on steps needed to resume production at its Sturgis, Michigan, manufacturing plant.

Abbott initiated a recall of its infant formula products and closed its Michigan plant in February after reports of serious bacterial infections in four infants, worsening a shortage among multiple manufacturers that began with pandemic supply chain issues.

Here are some details about what has happened:

WHY DID ABBOTT INITIATE A RECALL AND PLANT SHUTDOWN?

Consumers reported four infants who were sick, including three with Cronobacter sakazakii infections and one with Salmonella newport, who had been fed formula products made at the Sturgis plant. A fourth infant with cronobacter sakazakii was later added to the investigation by the U.S. Centers for Disease and Control Prevention (CDC).

Cronobacter sakazakii can cause life threatening sepsis infections or meningitis and may have contributed to the death of two of the infants, the U.S. Food and Drug Administration has said.

The recall began in mid-February with dozens of types of Similac, Alimentum and EleCare powdered formulas. A specialty liquid formula called Similac PM 60/40 was added to the recall at the end of February.

DID THE FDA OR CDC FIND A LINK?

Abbott says there is no evidence to link its formulas to these illnesses. The FDA and the CDC have not disclosed any information that connects the illnesses and the plant. FDA officials said that the investigation was impeded by having only two of the four sickened babies' clinical samples.

The CDC analyzed clinical samples from two of the infants and did not find a genetic match to the environmental strains found at the plant. It also said the bacteria from the patient samples were not closely related to one another.

WHEN WILL THE ABBOTT PLANT RESUME PRODUCTION?

Abbott, as part of a pre-negotiated injunction filed by the FDA, has agreed to take corrective actions to address issues raised by federal inspectors in order to restart the plant. It will retain an independent expert to ensure the facility is in compliance with the law.

Once the FDA confirms that the initial requirements have been met, Abbott said the site could be restarted within two weeks.

Dr. Peter Pitts, president of the Center for Medicine in the Public Interest and former FDA associate commissioner, said Abbott should be able to meet its two weeks target for re-opening the facility, and expects it to be fully operational in another four-to-six weeks.

Abbott has imported millions of cans of infant formulas from its Ireland facility to help with the U.S. shortage. The recall affected formula shipped to other countries, including Israel.

HOW LONG WILL IT TAKE FOR THE SHORTAGE TO SUBSIDE?

The shortages may last another two to four months even as lawmakers and the White House try to increase supplies. Abbott has said it will take six to eight weeks to get formula on shelves after the facility restarts.

WHAT CAUSED THE SHORTAGE?

The shortage began in 2020 as consumers stockpiled due to COVID-19 lockdowns. Formula makers ramped up production but then cut back in 2021 as demand slowed. Global shipping logjams have also prevented retailers from promptly restocking shelves.