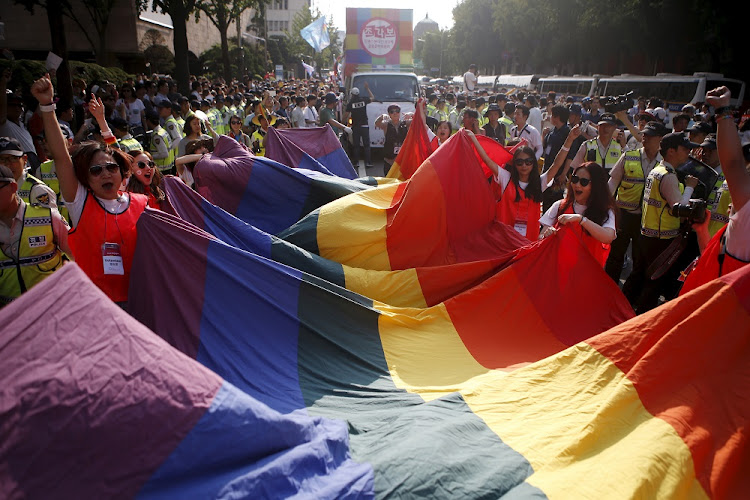 The case triggered debate in South Korea's LBGT community over how transgender members of the military are treated in a country that requires all able-bodied men to serve for around two years. File photo
Image: REUTERS/Kim Hong-Ji

Byun Hui-su, 23, who was a staff sergeant before being discharged, was found dead by emergency officials at her home in the city of Cheongju, south of Seoul, on Wednesday.

South Korea's first openly transgender soldier was found dead in her home. Her cause of death is unknown.

She was dismissed after her gender-affirming surgery because South Korea bans trans people from the military. She had been fighting to be reinstated. pic.twitter.com/rWXuwVmPvX

“Byun's death resonated even more with the public because the military and this society refused to acknowledge the change,” Rainbow Action Against Sexual-Minority Discrimination of Korea, an umbrella association of group of 40 sexual minority groups, said in a statement.

Byun's bravery in coming forward had inspired and empowered others, the group said.

She went public when the military discharged her last year after having the operation in Thailand, and launched a lawsuit against senior officials.

“I want to show everyone that I can also be one of the great soldiers who protect this country,” Byun said at the time, breaking down in tears as she described her decision to undergo surgery and the subsequent clash with the military.

An initial military comment that it was not in a position to say anything regarding “the news of the death of a civilian” drew swift criticism on social media, and on Thursday a spokesperson offered official condolences, calling Byun's death “unfortunate.”

The official said, however, that the military had still not had any detailed discussion on its policies towards transgender soldiers.

The case triggered debate in South Korea's LBGT community over how transgender members of the military are treated in a country that requires all able-bodied men to serve for about two years.

Byun had said she still hoped to serve in the military in the future.

Entertainer Harisu, who made history as South Korea's first transgender celebrity and only the second person to legally change their gender in the country, shared her condolences on social media. Amnesty International's Seoul office praised Byun for mustering the courage to stand for a “world free of discrimination and hatred.”

Three murders and more than 20 arrests targeting LGBT+ people in Cameroon this month have raised fears of an upswing in homophobic persecution in the ...
News
1 year ago

A Malaysian man on Thursday won a landmark court challenge against an Islamic ban on sex "against the order of nature", raising hopes for greater ...
News
1 year ago
Next Article