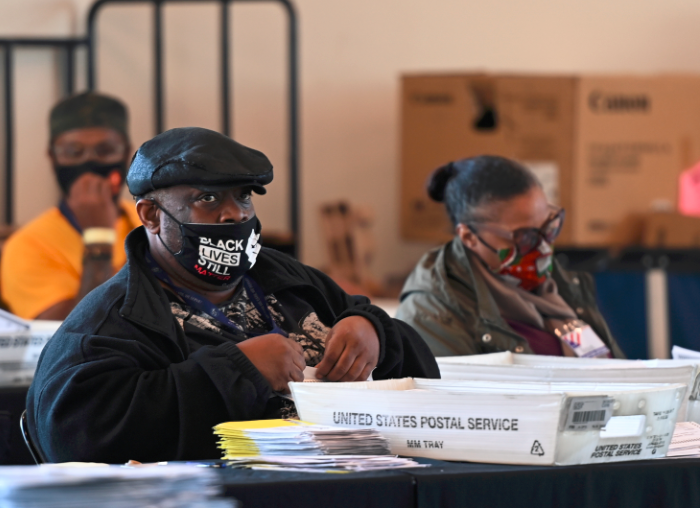 Employees of the Fulton County Board of Registration and Elections process ballots in Atlanta, Georgia US on November 4 2020.
Image: REUTERS/Brandon Bell TPX IMAGES OF THE DAY

Georgia's Secretary of State Brad Raffensperger on Friday said he expects a recount due to the small margin for the presidential election in the battleground state, where Democrat Joe Biden has a small lead over President Donald Trump of just over 1,000 votes.

It has been predicted that Democratic presidential candidate Joe Biden  would also win the election if he prevails in two of the three other key states where he held narrow leads on Friday: Georgia, Arizona and Nevada. Like Pennsylvania, all three were still processing ballots on Friday.

Democratic presidential candidate Joe Biden gained more ground on President Donald Trump in the battleground states of Georgia and Pennsylvania on ...
News
1 year ago
Next Article