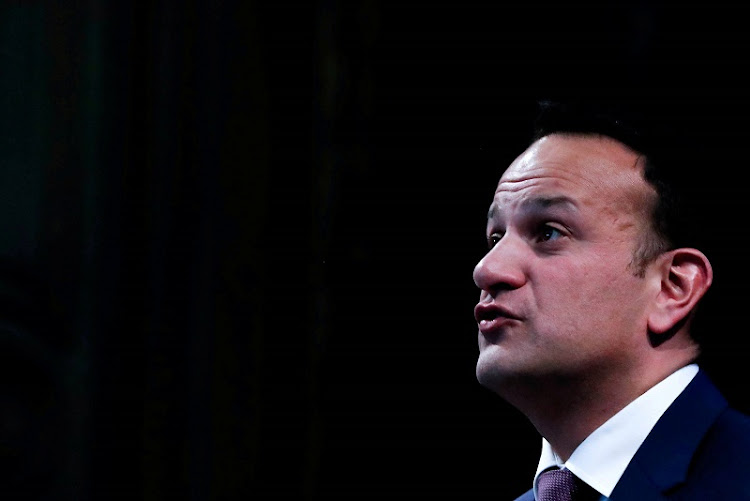 The question of the unification of Ireland and British-ruled Northern Ireland will inevitably arise if Britain leaves the European Union without a divorce deal on Oct. 31, Irish Prime Minister Leo Varadkar said.

He also warned that a so-called hard Brexit could undermine Scotland's place in the United Kingdom.

Asked at a politics forum if the Irish government intended to begin to publicly plan for a united Ireland, Varadkar said it did not at present as it would be seen as provocative by pro-British unionists in Northern Ireland.

"But in the event of a hard Brexit, those questions do arise," he said.

"If Britain takes Northern Ireland out of the European Union against the wishes of the majority of people in Northern Ireland – takes away their European citizenship and undermines the Good Friday Agreement - in doing so, those questions will arise, whether we like it or not," Varadkar said at the MacGill Summer School conference in the northwest of Ireland.

"We are going to have to be ready for that."

In the 2016 referendum, 56 percent in Northern Ireland voted to remain in the EU.

Over 3,600 people died in three decades of violence between Irish nationalists seeking a united Ireland and the British security forces and pro-British "unionists".

The 1998 Good Friday Agreement, which ended the violence, foresees the holding of referendums on both sides of the border on uniting the island if London and Dublin see public support for that. The British government says it does not believe there is sufficient support now.

Varadkar also suggested voters in Scotland, where 62 percent voted to remain in the EU in the 2016 referendum, might make a new push for independence.

"Ironically one of the things that could really undermine the union - the United Kingdom union - is a hard Brexit, both for Northern Ireland and for Scotland. But that is a problem that they are going to have to face," Varadkar said.