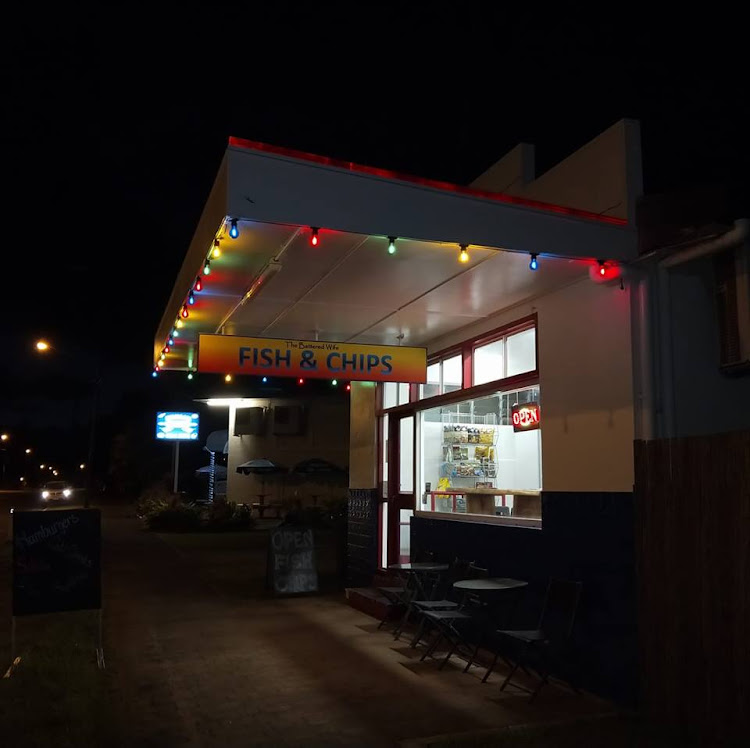 A fish and chip shop in Australia called The Battered Wife is to close next week after its controversial name sparked condemnation from women's rights groups, who accused the owners of trivialising domestic abuse.

The owner of the cafe in the Australian state of Queensland said she was forced to shutter her business due to an "abusive witch hunt" by campaigners who criticised its controversial name.

Over the past three months, women's rights groups and politicians accused the restaurant of making light of domestic abuse, in which one of six women in Australia is a victim according to government data.

"It is with deep, deep sadness that I inform you we will cease trading next week," owner Carolyn Kerr said in a video posted on social media on Tuesday.

A sumptuous new French restaurant in Sydney said it would remove two urinals designed to resemble a woman's lipsticked mouth, apologising for any ...
News
9 years ago

Kerr said there have been persistent campaigns targeting her shop since it opened in 2017, including accusations that it had exploited workers over wages.

"I just can't see any way that I can trade my way through it," said the owner, who has previously defended the name of her business as trying to raise awareness around domestic abuse.

On average one woman a week is murdered in Australia by her current or former partner, according to Australian group Our Watch, which campaigns against family violence.

"We are deeply critical of anything that trivialises domestic violence," Susanne Legena, the Australian head of women's rights group Plan International said in an email to the Thomson Reuters Foundation on Wednesday.

"Domestic violence is an extremely serious issue in Australia, which is rooted in the gender inequality and sexist attitudes that prevail in our society," she added.

A spokesman from the Fair Work Ombudsman, Australia's workplace regulator, confirmed in an email that it was investigating the restaurant but declined further comment.