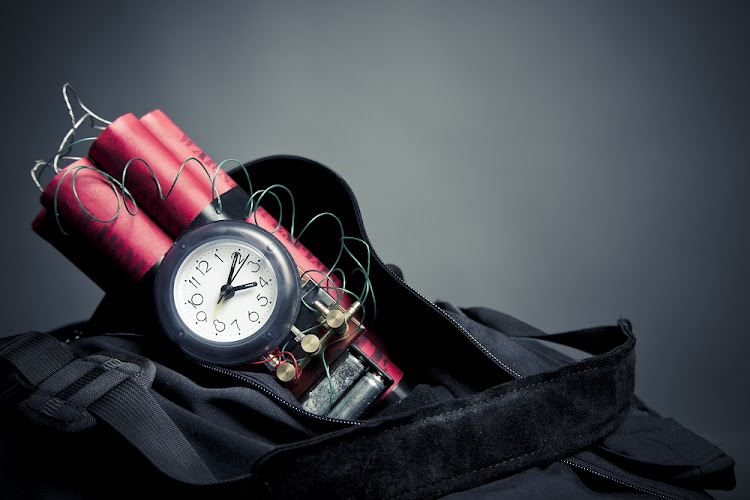 The 19-year old sent more e-mail threats to British and US schools but while under investigation.
Image: 123rf

A British teenager who sent hoax bomb threats to schools across Britain and the United States and caused a security scare at an American airport was jailed for three years on Friday, prosecutors said.

George Duke-Cohan, 19, emailed thousands of schools in the UK with a bomb threat in March, Luton Crown Court had heard.

He was arrested just days later but while still under investigation, he sent more email threats to British and US schools, claiming a pipe bomb had been planted on their premises.

His calls led to the evacuation of more than 400 British schools.

One of the men with alleged links to a spate of terror bombings and a fatal attack on a Verulam mosque in May - 37-year-old Goolam Haffejee - has ...
News
3 years ago

He was arrested again but after being released on bail Duke-Cohan caused havoc at San Francisco Airport with a call claiming a US-bound flight had been hijacked.

“His actions and complete lack of regard for other people caused widespread and unnecessary worry,” said Anne McCracken of the Crown Prosecution Service (CPS). She added in a statement that Duke-Cohan had made the calls “in the hope of notoriety.”