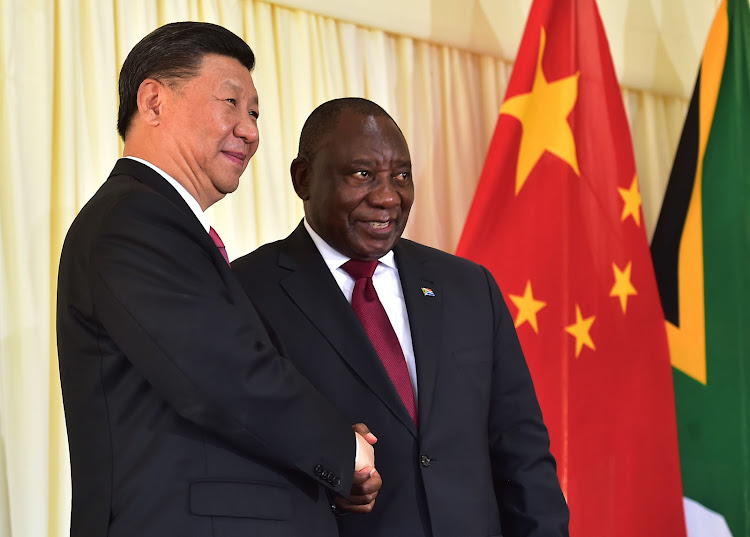 The United States and China swapped barbs over trade, investment and regional security at an Asia Pacific Economic Co-operation (APEC) summit on Saturday, as growing fault lines among members suggested little prospect of consensus at the weekend meeting.

Speaking in the Papua New Guinean capital, U.S. Vice President Mike Pence said there would be no end to American tariffs until China changed its ways, after its president, Xi Jinping, warned that the shadow of protectionism and unilateralism was hanging over global growth.

Illustrating the impasse between the world's two largest economies, a diplomat involved in negotiating an APEC leaders' declaration told Reuters trade was a sticking point, and the host nation was having trouble finding language acceptable to all.

Pence took direct aim at Xi's flagship Belt and Road programme, which China has been promoting to Pacific nations at APEC, saying countries should not accept debt that compromised their sovereignty.

"We do not offer constricting belt or a one-way road," Pence told the APEC CEO summit, a precursor to the official leaders' meeting, held on a cruise liner tethered in Port Moresby's Fairfax Harbour.

China's efforts to win friends in the resource-rich Pacific have been watched warily by the traditionally influential powers in the region - Australia and the United States.

U.S. President Donald Trump is not attending the APEC meeting, nor is his Russian counterpart, Vladimir Putin.

Xi, who is staying in Port Moresby, has been feted by PNG officials and stoked Western concern on Friday when he held a meeting with Pacific island leaders, in which he pitched the Belt and Road initiative.

Speaking before Pence, Xi said there was no geopolitical agenda behind the project, which was unveiled in 2013 and aims to bolster a network of land and sea links with Southeast Asia, Central Asia, the Middle East, Europe and Africa.

"It does not exclude anyone. It is not an exclusive club closed to non-members, nor is it a trap as some people have labelled it."

There have been concerns that small countries that sign up for infrastructure projects will be left with debt burdens they cannot service, something Pence highlighted.

"Do not accept foreign debt that could compromise your sovereignty. Protect your interest. Preserve your independence. And just like America, always put your country first," he said.

Sri Lanka formally handed over commercial activities in its main southern port of Hambantota to a Chinese company last December as part of a plan to convert $6 billion of loans that Sri Lanka owed China into equity.

Soon after Pence spoke, Australia said it was joining the United States and Japan in a partnership that would help countries in the region develop infrastructure priorities, a possible alternative to China's Belt and Road.

Pence also said the United States would join Australia to help Papua New Guinea build a navy base on its Manus Island, which was a U.S. base in World War Two.

The plan comes after China emerged as a possible developer of the deep-water port, which analysts say could impact the West's ability to navigate in the Pacific while offering China a site close to U.S. bases in Guam.

"The United States of America will continue to uphold the freedom of the seas and the skies, which are so essential to our prosperity," Pence said.

In a meeting that could irritate Beijing, Pence had talks with Taiwan's envoy to APEC, Morris Chang.

Beijing considers Taiwan a wayward province of "one China", ineligible for state-to-state relations, and has never renounced the use of force to bring the island under its control.

Despite Taiwan's lack of diplomatic recognition by the majority of countries, APEC allows it to participate as an economic, rather than political, entity.

Pence later told reporters travelling with him he would "carry back" a Taiwan proposal for a free trade agreement.

There were differences between other APEC members, with some calling for radical change to trade systems while others argued for a return to the status quo on globalisation.

Australian Prime Minister Scott Morrison mounted a defence of free trade, saying a billion people had been lifted out of extreme poverty since 1991 because of the jobs and cheaper goods that free trade brought.

Xi told delegates that the shadow of "protectionism and unilateralism" hung over global growth and erecting barriers and cutting ties was short-sighted and doomed to fail.

But Pence made it clear that the United States would not back down, saying it could more than double the $250 billion of Chinese goods subject to tariffs.

"The United States though will not change course until China changes its ways," Pence said.

Trump and Xi are due to meet at a G20 meeting in Argentina late this month, raising some hope that trade tension could ease.

Trump is pressing China to reduce its huge bilateral trade surplus and make sweeping changes to its policies on trade, technology transfers and high-tech industrial subsidies.

China has denied that U.S. companies are forced to transfer technology and sees U.S. demands on rolling back its industrial policies as an attempt to contain China’s economic rise.

Sebastián Piñera, the president of Chile, which will host next year's APEC, called on the two powers to find a resolution.

"This is a very good opportunity to ask the U.S. and China to find ways to end their tariff and trade war which benefits no one," he told the forum.

"Both countries will have to change course."