IN PICTURES | Sealed with a kiss: Harry and Meghan's royal wedding 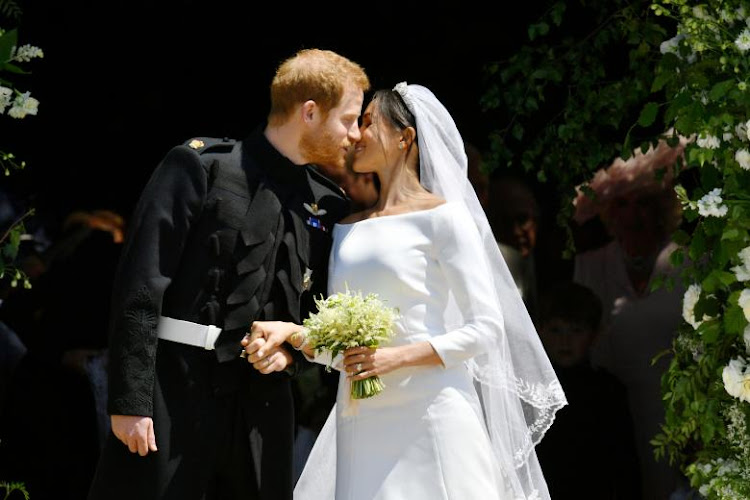 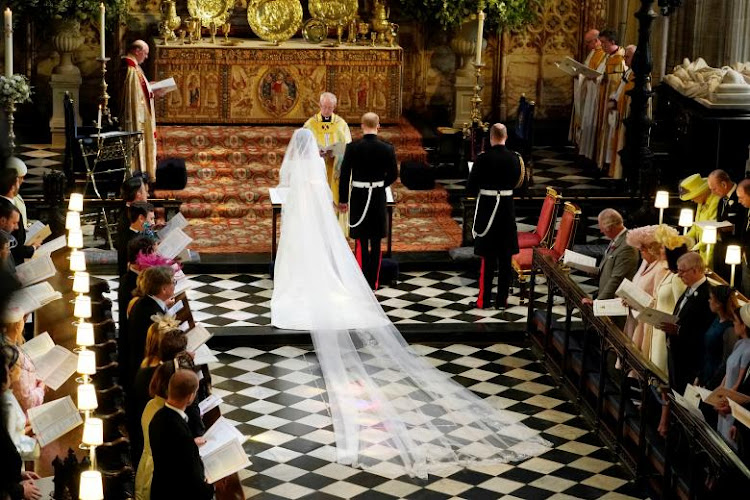 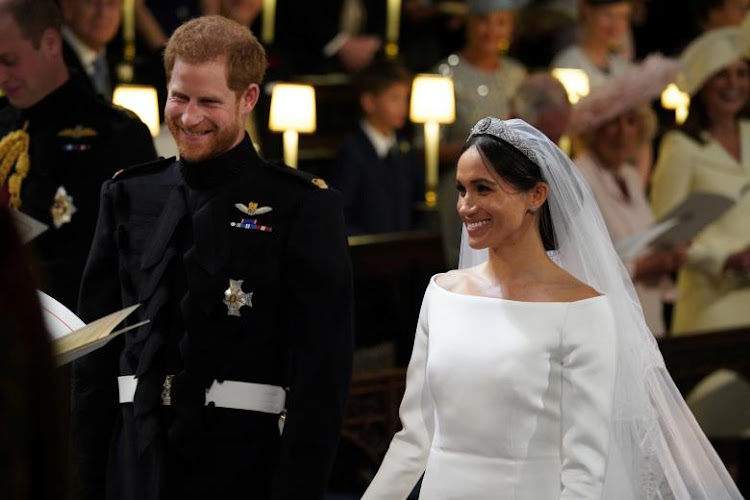 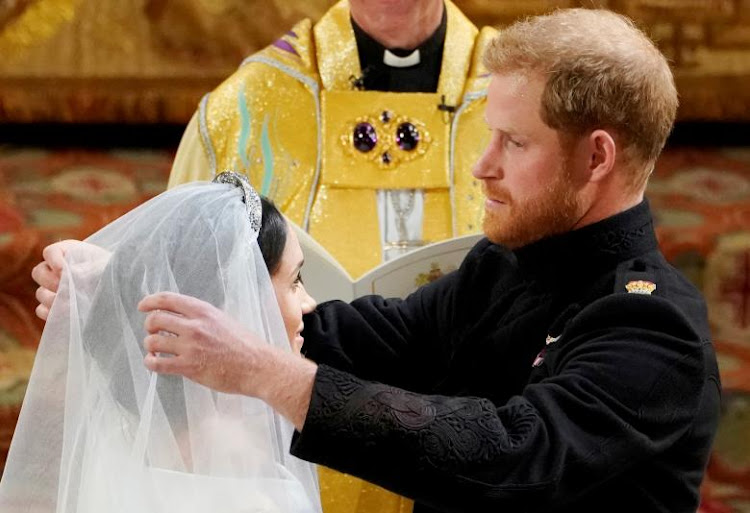 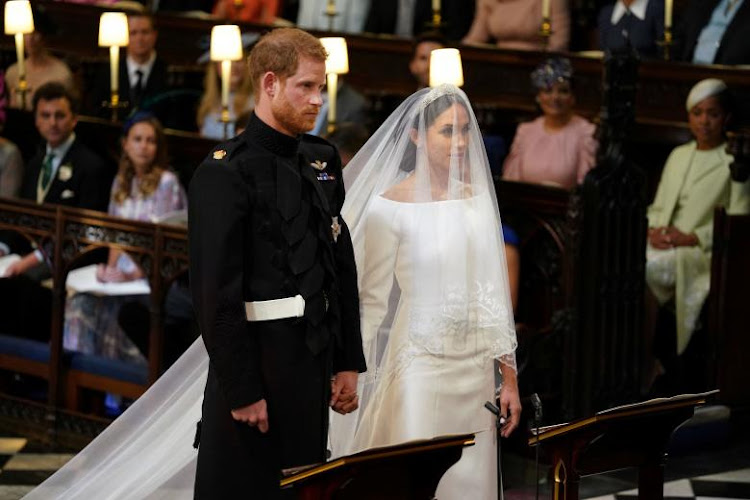 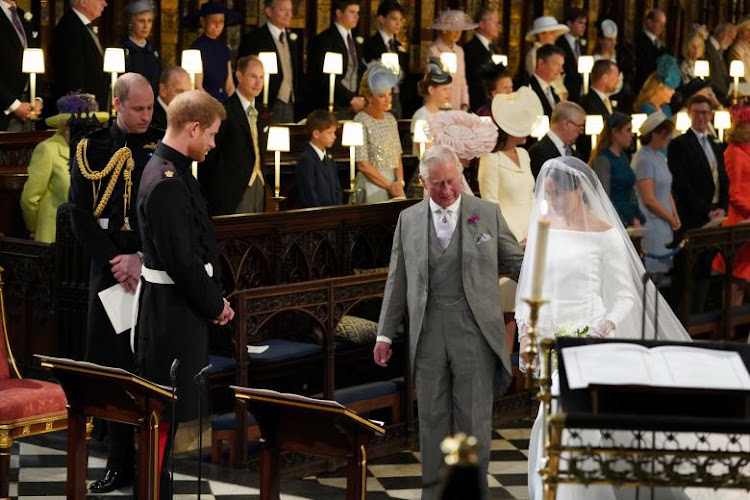 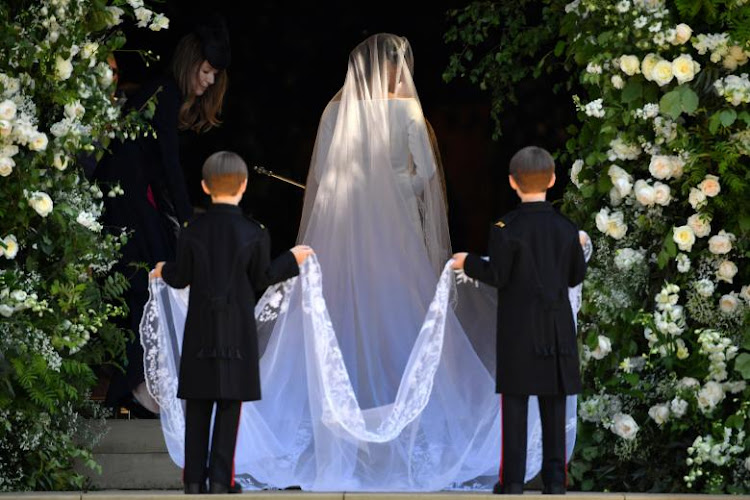 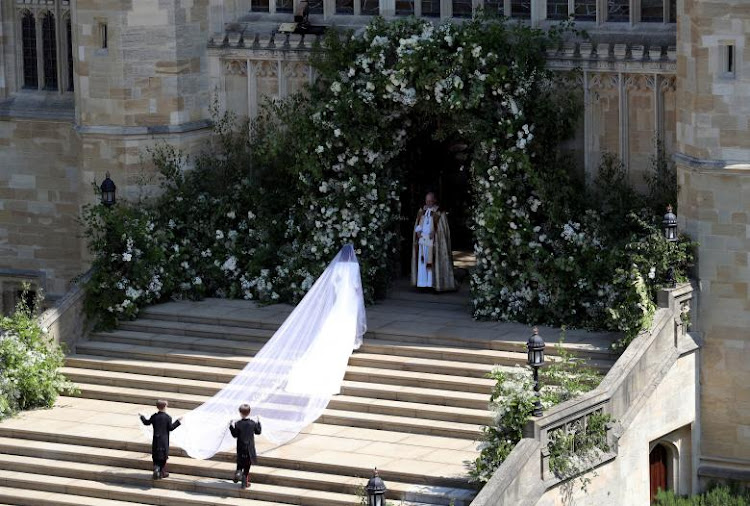 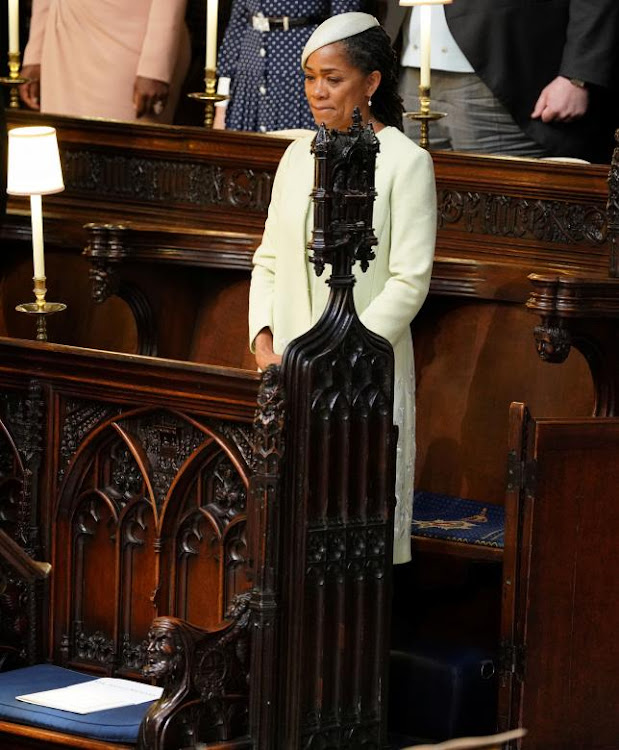 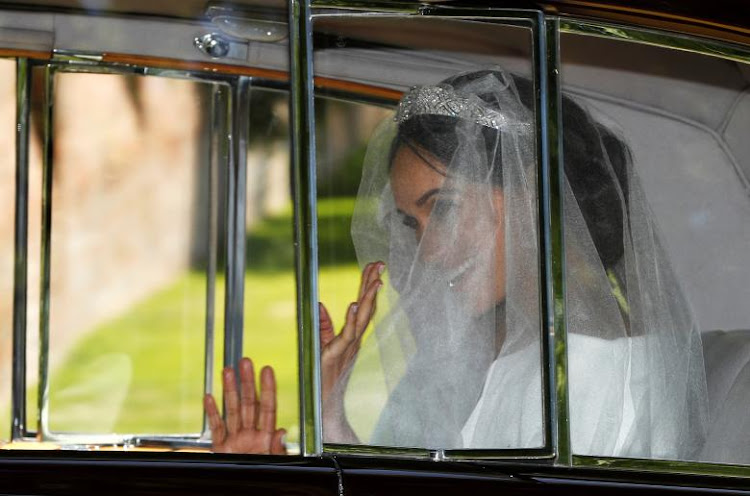 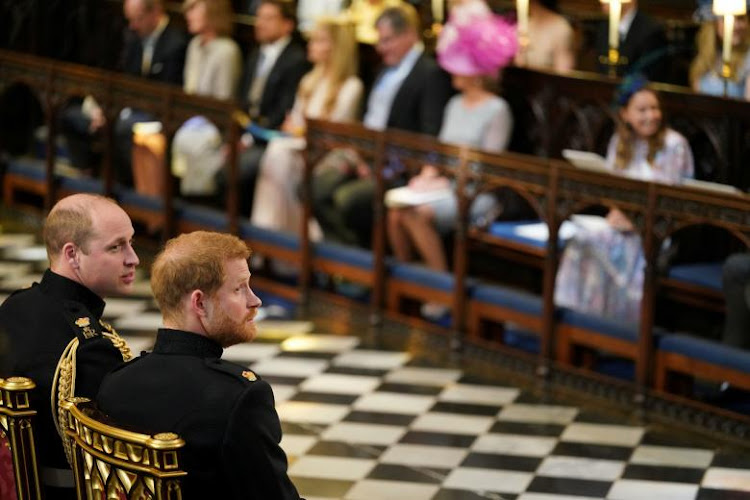 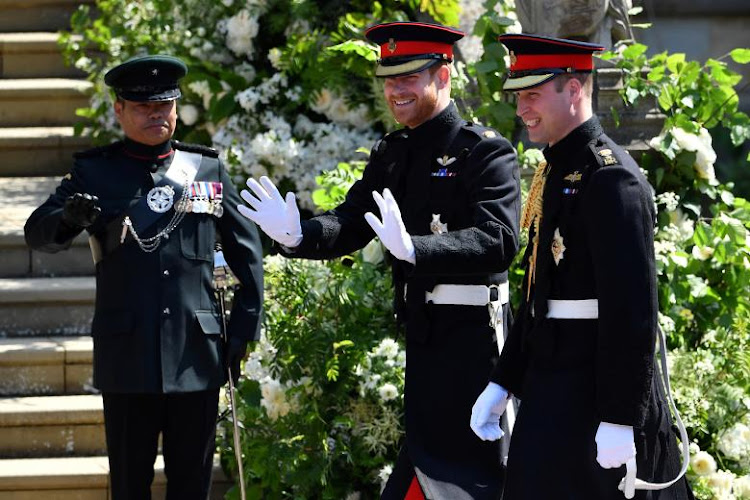 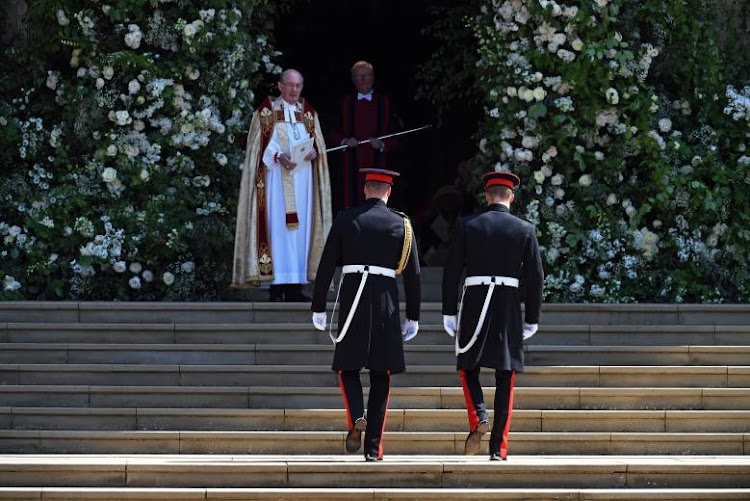 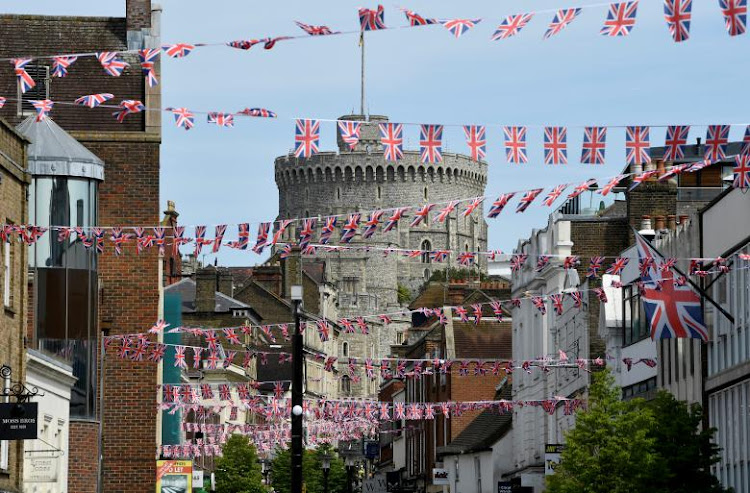 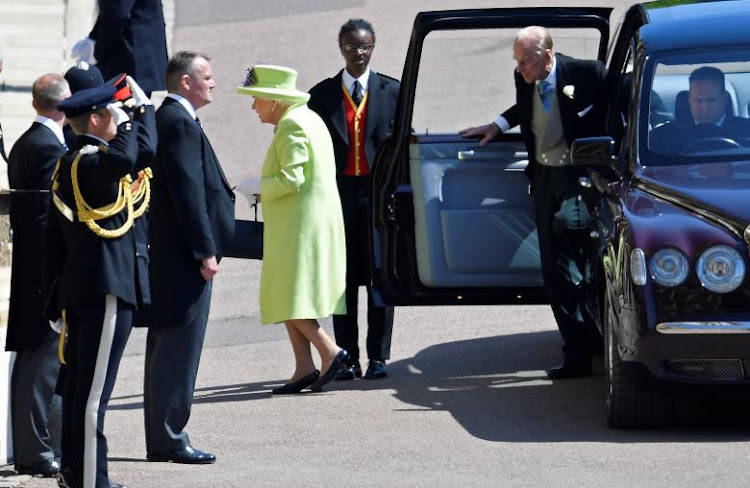 WINDSOR - Prince Harry and his American bride Meghan set off on a carriage procession around the town of Windsor after marrying on Saturday in a dazzling ceremony in front of British royalty, celebrities and a global TV audience of millions.

The couple kissed on the steps of St George's Chapel before climbing into a 19th-century open horse-drawn coach for a tour of Windsor, where tens of thousands of cheering well-wishers crammed the streets to catch a glimpse of the newlyweds.

Harry and Meghan were pronounced husband and wife at the chapel in the medieval Windsor Castle by Archbishop of Canterbury Justin Welby.

Their glittering union brings a measure of modern Hollywood glamour into the monarchy, reflected in a ceremony that combined modernity and the ancient rituals of a royal house that traces its line back to 1066.

Watch Prince Harry and Meghan Markle tie the knot in a fairy-tale wedding ceremony held at St George’s Chapel in Windsor, England, on May 19 2018.

Prince Charles, heir to the throne and Harry’s father, accompanied Markle to the altar from the middle of the chapel, with her father too ill to attend.

"Do not underestimate it. Anyone who has ever fallen in love knows what I mean," Curry told the congregation in an energetic, passionate address that quoted U.S. civil rights campaigner Martin Luther King.

The newlyweds will be known as the Duke and Duchess of Sussex, putting them in the senior ranks of British royalty.

Alongside tradition, there was innovation, by British royal standards. Markle, 36, did not vow to obey her husband; Harry, three years her junior, will wear a wedding ring - unlike other senior male royals.

The world's media have been gripped by the occasion, and television channels beamed the ceremony across the world.

To some Britons, the marriage of a senior member of the royal family to a divorcee whose mother is African-American and father is white embodied a modern Britain where race or background are no bar to even the most elite and traditional of institutions.

To others, it was an irrelevance or a mild distraction from the schism of Brexit, which has deeply divided the United Kingdom; polls suggested that most Britons would not bother tuning in.

But in Windsor, 20km west of London, tens of thousands of fans lined the Long Walk promenade leading to the castle, waving British flags and cheering.

Air traffic controllers for the nearby Heathrow Airport, one of the world's busiest, closed the airspace over the town for the 15 minutes before the ceremony.

Hours before, Queen Elizabeth had bestowed the title of Duke of Sussex on her grandson, a step that meant the actress, star of the TV drama "Suits", became a duchess when she married him.

Among the celebrity guests, American actor George Clooney and his wife Amal were joined by Beckham, his fashion designer wife Victoria and James Corden, British host of the American TV chat show "The Late Late Show".

The chapel was garlanded with white roses, Diana's favourite flowers.

"This is a moment when we can all celebrate the rebirth of the royal family," said Kenny McKinlay, 60, who had come down from Scotland for the wedding. "It's a time when all the nation can come together rather than being divided. It's a day when you can be proud to be British."

Love in a tent

The royal couple, who met on a blind date in 2016 and fell in love in a tent under the stars in Botswana, tied the knot in a castle that has been home to 39 English monarchs since 1066.

With security tight, tens of thousands of visitors had to pass through police search points set up around the castle to cram into Windsor's narrow roads.

Markle's own father Thomas Markle, 73, a former lighting director for TV soaps and sitcoms, pulled out of the ceremony this week, telling the U.S. celebrity website TMZ he had had heart surgery on Wednesday.

Confusion over his attendance marred the build-up to the wedding, which had been choreographed for months by royal aides, and his name was still present in the order of service.

After watching the ceremony from California, he told TMZ it had been "emotional and joyful":

"My baby looks beautiful and she looks very happy. I wish I were there and I wish them all my love and all happiness."

The service was conducted by the Dean of Windsor with Welby, Archbishop of Canterbury and spiritual head of the Anglican Church, overseeing the exchange of vows.

A reception will be held in the castle's St George's Hall before 200 guests join the couple at an evening event at the nearby Frogmore House mansion.

Harry and Meghan will carry out their first official engagement as husband and wife next week.

The British remain broadly supportive of the monarchy, albeit with a sense of mild irony about the pomp and pageantry that accompanies it, though most have deep respect for Queen Elizabeth after her 66 years of service as head of state.

Harry, along with brother William and his wife Kate, are at the forefront of efforts to modernise the monarchy by talking openly about their feelings.

"It is patently obvious - the more you say, the more you can be examined," said royal historian Hugo Vickers. "Everything moves on gradually - but there are certain risks, and there is a lot to be said for maintaining the mystique."