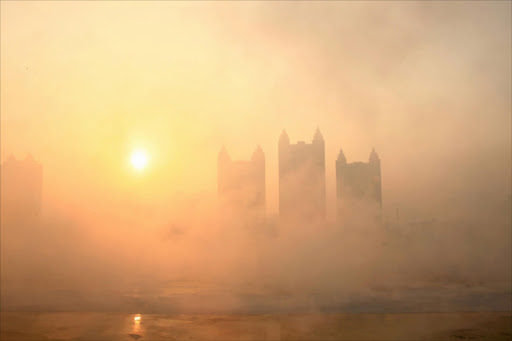 China has punished officials in the provinces of Jiangxi and Henan for tampering with pollution monitoring equipment in order to reduce smog readings, the environment ministry said in a notice on Sunday.

China has been waging a "war on pollution" since 2014 in a bid to reverse the environmental and political damage done by more than three decades of untrammelled economic growth, but enforcement has been a constant problem.

The Ministry of Environmental Protection (MEP) said officials in the cities of Xinyu in Jiangxi and Xinyang in Henan, sought to reduce emissions readings by spraying water on their air quality sensors.

Both cities are major producers of polluting and energy-intensive nonferrous metals like aluminium and copper.

The two local governments said the officials responsible were dismissed or subjected to "administrative" punishments.

The MEP has tried to establish a real-time nationwide emissions monitoring system to help fight against pollution and ensure its rules are being enforced throughout the country.

But it has also been forced to crack down on the widespread falsification of data, with local officials accused of trying to evade responsibility by misusing or disabling monitoring equipment. Some firms have also sought to evade monitoring by operating only at night.

The ministry has sought to reduce "administrative interference" in its emissions data by bringing all its 1,436 monitoring stations under central government control and denying local authorities access to the equipment.

This isn't the first time Henan has been castigated for failing to maintain the integrity of its air quality data, with the ministry accusing local firms of providing fraudulent emissions figures in March last year.

Local environmental officials in the northwestern city of Xian have also been punished for stuffing sensors with cotton and removing surveillance tapes.