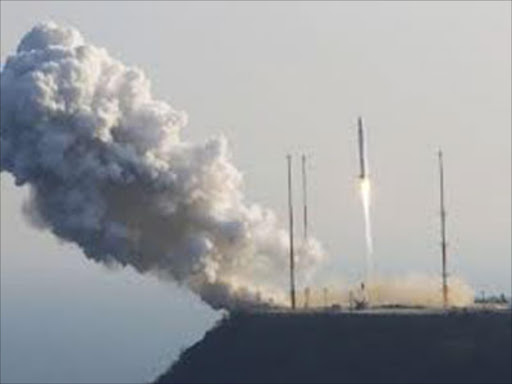 North Korea has plenty of military firepower even if its threat this week of a pre-emptive nuclear strike on the United States is a hollow one, with South Korea most at risk from the isolated regime’s artillery and rockets.

Japan, separated by less than 1,000 km (625 miles) of water and a frequent target of North Korea’s ire, is also in easy range of Pyongyang’s short- and mid-range missiles.

In pure numbers, North Korea’s military looks formidable, much larger than the more affluent South in both personnel and equipment. The North’s 1,2 million soldiers face off against 640,000 South Korean troops who are backed up by 26,000 US

personnel stationed in the country.

However, Pyongyang’s capabilities are not what the figures would suggest. Impoverished North Korea has all but abandoned running a conventional military that can engage in sustained battle because of scare resources and has instead focused on nuclear weapons and ballistic missile technology, experts said.

“A conventional military is very costly, and overwhelmingly so for North Korea. It quickly becomes a money fight and North Korea cannot win that,” said Shin In-kyun, head of the Korea Defence Network, an alliance of defence experts based in Seoul.

Nevertheless, a defence policy statement from South Korea in December noted that North Korea’s frontline artillery pieces could launch a “sudden and massive” barrage on the capital Seoul, a mere 50 km (31 miles) from the Demilitarised Zone border that separates the two Koreas.

North Korea has around 12,000 artillery guns, many arrayed near the border. It also has an arsenal of intermediate range missiles in operational deployment, some of which can travel more than 3,000 km (1,875 miles). That puts South Korea and Japan in range as well as the US territory of Guam.

“They have the capability to strike anywhere in the South and Japan,” said Shin.

North Korea has also shown it has submarine capabilities.

In 2010, a North Korean submarine was widely believed to have sunk a South Korean naval vessel, killing 46 sailors.

Pyongyang has denied it was behind the attack. In the same year, North Korea shelled a South Korean island in a disputed area, killing civilians.

One military expert said the North might be careful before launching another blatant attack, given Seoul has vowed to respond vigorously next time.

“The greatest realistic threat from North Korea is a type of attack that will create maximum confusion in the South but one that will be confusing as to who instigated it so that it will not invite immediate retaliation on Pyongyang,” said Song Young-keun, a retired Army general who was once head of the intelligence arm of the South’s military, the Defense Security Command.

Cyber warfare or a possible attack on the intricate communication and utility networks in the South could have just as much impact as any outright military action, Song said.

Outside its artillery and missiles, North Korea struggles to match the South.

Many of the soldiers that make North Korea the world’s most heavily militarised state are poorly trained or even properly fed and are deployed in hard labour or farming to supplement the meagre resources of their units.

The North’s air force has more than 820 fighter jets, according to South Korea’s Defence Ministry, but it does not have enough fuel to fly sorties or conduct needed drills to maintain combat effectiveness. South Korea has 460 jets.

North Korea has 4,200 tanks, according to South Korea, although Seoul’s 2,400 are more modern and better maintained.

The question of North Korea’s atomic capability was thrust to the headlines when Pyongyang on Thursday threatened the United States with a nuclear strike.

That came in the wake of accusations from Pyongyang that Washington was using military drills in South Korea as a launch pad for a nuclear war.

Experts say North Korea is years away from being able to hit continental America with a nuclear weapon despite a decades-long push toward an atomic capability.

The core of the North’s unconventional military focus is a stockpile of fissile material that could be enough for six to eight nuclear weapons, and up to 5,000 tonnes of biological and chemical weapons that can wipe out a mid-size industrial city.

North Korea claims to have developed a miniaturised nuclear weapon while the launch of a long-range rocket in December that for the first time put an object into orbit indicated progress in its attempt to build an intercontinental nuclear missile.

“But for a weapons system to be viable, it has to be in production and deployed. I don’t think we can say that about the Unha-3,” Shin said, referring to the rocket launched on Dec. 12.

Song said the general consensus was the North had yet to shrink a nuclear warhead to put on an intercontinental ballistic missile and more crucially there had been no tests to prove it has mastered the re-entry technology needed to bring a payload back into the atmosphere.