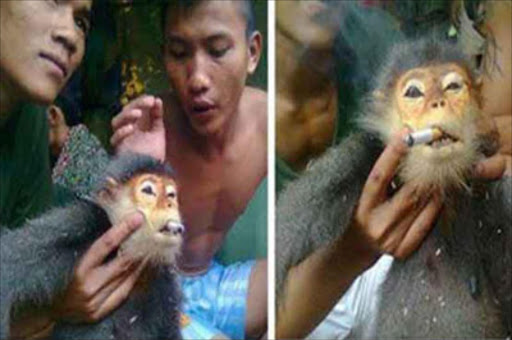 Three Vietnamese soldiers have been dismissed from the military after photos of them torturing two monkeys circulated on Facebook and outraged the public.

The People's Army newspaper said Monday the three soldiers were dismissed from their unit in central Gia Lai province and eight other soldiers were given a warning.

The men bought the monkeys from villagers before torturing them and hiring villagers to slaughter them. One of the soldiers posted photos of the abuse on his Facebook page.

The report said three villagers have been arrested for hunting the wild monkeys.