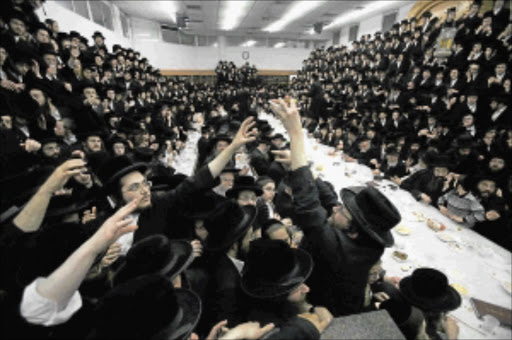 JERUSALEM - The supreme court has struck down as unconstitutional a controversial law which has allowed ultra-Orthodox Jews to defer their service in the Israeli military.

The ruling, handed down late on Tuesday, could affect the future of tens of thousands of ultra-Orthodox Jews who have so far been able to avoid military service by proving active enrolment in religious studies.

The "Tal Law" had been promoted as a way to encourage ultra-Orthodox Jews to serve in the military by offering them an opportunity to serve a shorter term than their compatriots or do civil service instead.

But it also codified a longtime understanding which meant ultra-Orthodox Jews able to prove their enrolment in religious studies were exempted from military service - an agreement that has angered many other Israelis.

The court on Tuesday found that the law had failed in its purpose of attracting increased service by the ultra-Orthodox, with statistics showing greater numbers of them are instead receiving exemptions.

"This law is not constitutional and parliament cannot extend its application in this form when it expires on August 1 2012," the ruling said.

In failing to attract more ultra-Orthodox Jews to the military, the law had merely codified a system that unfairly exempts part of society from the burden of army service, the court said.

Passed in 2002, the law prompted many Israelis to question why part of society should be insulated from service in one of the country's most important institutions.

Military service is compulsory for Israelis over the age of 18, with men serving three years and women two years.