State of the nation and budget speech will not be affected by fire, say parliamentary presiding officers 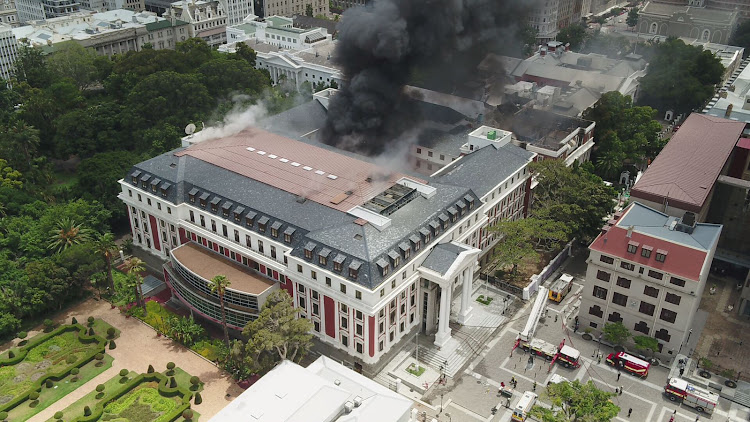 Plumes of smoke from a fire that gutted parts of parliament on Sunday fill the air
Image: CoCT

Parliamentary presiding officers will meet with stakeholders, including public works minister Patricia De Lille, on Monday to assess damage and chart the way forward following a massive fire that gutted parts of the precinct on Sunday.

In a statement, the presiding officers said the 2022 state of the nation address and budget speech will not be affected and all efforts will be made to limit work disruptions.

They said significant damage has been caused to the new assembly wing, which includes the national assembly chamber, and by Sunday night the fire was almost extinguished.

“The Speaker of the National Assembly (NA) Nosiviwe Mapisa-Nqakula and the Chairpersons of the National Council of Provinces (NCOP) Mr Amos Masondo commended the Cape Town Fire and Rescue Services for their swift response.

"Had it not been for their prompt response, the damage could have been much worse. They responded within six minutes after they were called and alerted", they said.

Firefighters fought the blaze throughout the day, bringing under complete control the fire in the national chamber of provinces offices and continued to battle the flames in the chamber and some offices that were severely gutted by fire. 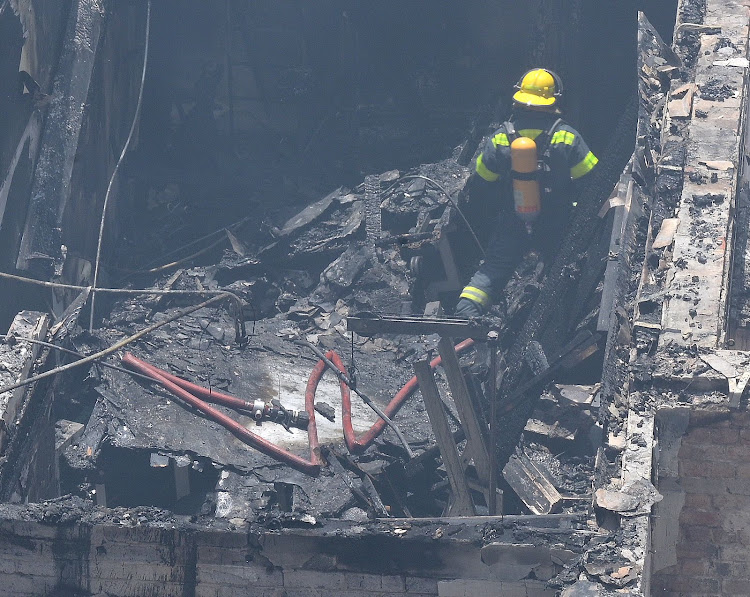 A firefighter in a section of parliament gutted by flames. There was substantial damage to both the New and Old Assembly.
Image: CoCT

The presiding officers cautioned against any speculation. They also appealed for calm and to allow law enforcement to investigate the incident.

President Cyril Ramaphosa says one person is being held for questioning after a fire broke out in parliament in the early hours of Sunday.
News
3 weeks ago

The Economic Freedom Fighters (EFF) has said any funds allocated for repairs to what appeared to be "irreversible damage" following a fire that ...
News
3 weeks ago

Public works minister Patricia de Lille said it was a "very sad day for democracy in SA" after a fire broke out in parliament in Cape Town on Sunday ...
News
3 weeks ago
Next Article