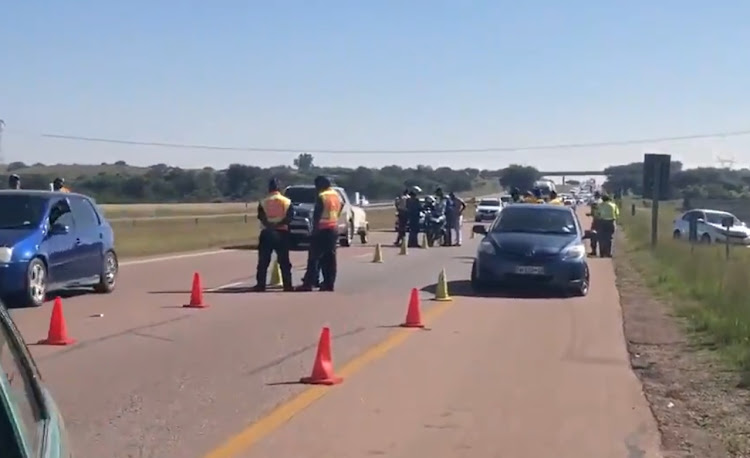 Gauteng experienced high peak volumes of road traffic on its major freeways leading into the province as thousands of commuters travelled back to their homes after the long Easter weekend.

“There is a high peak on our major freeways. The N1 freeway from Polokwane to Pretoria has high volumes. We are already registering about 3,000 vehicles per hour at Carousel Toll Plaza. The N3 from Durban to Johannesburg is also one road where we are expecting a high peak,” said Maremane.

“All roads leading into our province from one province to the other are expecting high traffic volumes.”

Maremane said the traffic police will release a full statement on road fatalities.

On Monday morning, transport MEC Jacob Mamabolo told eNCA that since the start of the long weekend there had been 20 fatalities on Gauteng’s roads.

Maremane said there were no roadblocks and closures on Gauteng’s roads to allow for the free movement of vehicles.

“We are having a number of law-enforcement operations today [Monday]. We are not going to close any roads for today because we want free flow of traffic. We want people to travel freely without any interruptions or disruptions. We are not going to block off the road today. We are just going to heighten our visibility on the roads to ensure our travellers arrive safely at their various destinations,” said Maremane.

He said the N1 north into Johannesburg with cars from Limpopo and Pretoria and the N1 south with vehicles from the Vaal and Free State were the busiest routes.

At the time of speaking to Sowetan, Fihla said Johannesburg had recorded three fatalities during the Easter holidays, with two involving motorists and one pedestrian.

Road Traffic Management Corporation spokesperson Simon Zwane said the country’s roads had been extremely busy this past weekend, with 70,000 vehicles recorded travelling on the N3 between Durban and Gauteng on Thursday and Friday.

A further 50,000 vehicles were recorded on the N1 to Limpopo.

We are writing a different chapter on the Easter Road Safety Campaign. We have intensified efforts make you safe. #ArriveAlive pic.twitter.com/ClQV7vPdD1

Zwane said by Monday afternoon the N3 from Durban to Johannesburg was “was very busy and was expected to reach 1,500 [vehicles] an hour”.

He said over the long weekend, 1,294 fines were issued for people not wearing seatbelts. He said 417 unroadworthy cars were impounded, while  480 vehicles were impounded for transporting passengers without the necessary permits. Zwane said 290 motorists were arrested for drunken driving between Thursday and Saturday.

Zwane said they were still collecting statistics on the number of crashes and fatalities that had occurred since the start of the Easter weekend.

“We will have a full picture later in the week,” said Zwane.