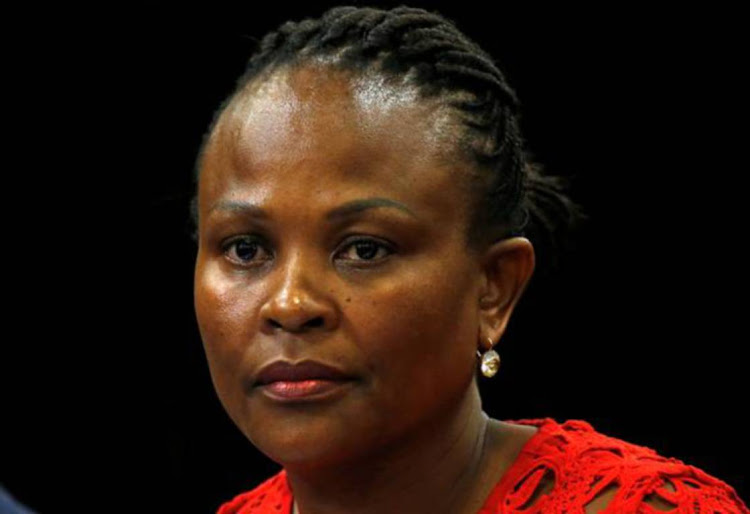 More ANC MPs have indicated they will defy any instruction to vote in support of the establishment of an inquiry into public protector Busisiwe Mkhwebane’s fitness to hold office. File photo.
Image: TIMESLIVE

ANC national chairperson Gwede Mantashe will address a special meeting of the party’s caucus an hour before Tuesday’s parliamentary session to decide whether to institute an inquiry into public protector Busisiwe Mkhwebane’s fitness to hold office.

If the National Assembly votes to institute the inquiry, it would be the first time such an inquiry is held against a head of a Chapter 9 institution.

Party insiders claim the party’s top six leaders decided on Monday they will listen to the caucus, and if there is a strong view against proceeding with the matter, the item may be postponed.

Two party insiders told TimesLIVE deputy president David Mabuza has been tasked to listen to the mood of the special caucus.

A few MPs who spoke to TimesLIVE said they were concerned about the limited time the party has set aside to deal with the matter.

The special caucus meeting has been called as more MPs indicated they will defy any instruction to vote in support of the establishment of an inquiry into Mkhwebane’s fitness to hold office, as recommended by an independent panel.

The president of the Umkhonto we Sizwe Military Veterans Association, Kebby Maphatsoe, who is also an ANC MP, became the latest MP to indicate he would not participate in the vote to institute an inquiry.

Maphatsoe called on ANC secretary-general Ace Magashule to sanction any ANC MP who participates in the DA-sponsored vote, which he said would be in contravention of the ANC constitution.

In a letter to Magashule, Maphatsoe accused ANC chief whip Pemmy Majodina of publishing a biased and one-sided version of the discussion that took place in the party’s caucus meeting last Thursday.

“To issue a media statement supporting a vote in order to decide to endorse or reject the report of the independent panel is disingenuous and does not reflect the scope of the discussion that took place in the caucus,” said Maphatsoe.

“In having done so, the chief whip complicated and compromised a very simple and straightforward matter,” he said.

“Thus, for any ANC member of parliament to vote with the DA is contrary to rule 25.17.13 of the ANC constitution, which describes, with regards to the duties of members, office bearers and representatives, that an act of misconduct is: ‘Joining or supporting a political organisation, other than an organisation in alliance with the ANC, in a manner contrary to the aims, objectives and policy of the ANC’.”

“There is absolutely no grey area here. Any ANC MP who participates in this vote contravenes our ANC constitution.

“Therefore, as a disciplined member of the ANC, I will not be participating in today’s vote,” he said.

Maphatsoe “demanded” Magashule’s office and the ANC in general protect him from any form of intimidation and/or sanction for having taken what he called a “principled decision”.

“I furthermore urge the secretary-general to take disciplinary action against any ANC MPS who do participate in this DA-sponsored vote today.”

Maphatsoe said he hoped Magashule would exert the authority vested in him to protect the revolutionary integrity of the ANC, and the provisions of its constitution, to which every member of the ANC, without fail, is duty bound to adhere.

The Supreme Court of Appeal has ruled in favour of two DA MPs in their battle against public protector Busisiwe Mkhwebane, who is suing them for ...
News
1 year ago

"I'm not throwing out toys but honestly, sometimes that overstepping of the mark does create problems for us," said National Assembly speaker Thandi ...
News
1 year ago

Ace up her sleeve must not save public protector

The ANC’s national working committee is expected to discuss and take a position on a report into public protector Busisiwe Mkhwebane’s fitness to ...
Opinion
1 year ago
Next Article