Two life terms and 26 years for man who killed his father and, later, his wife 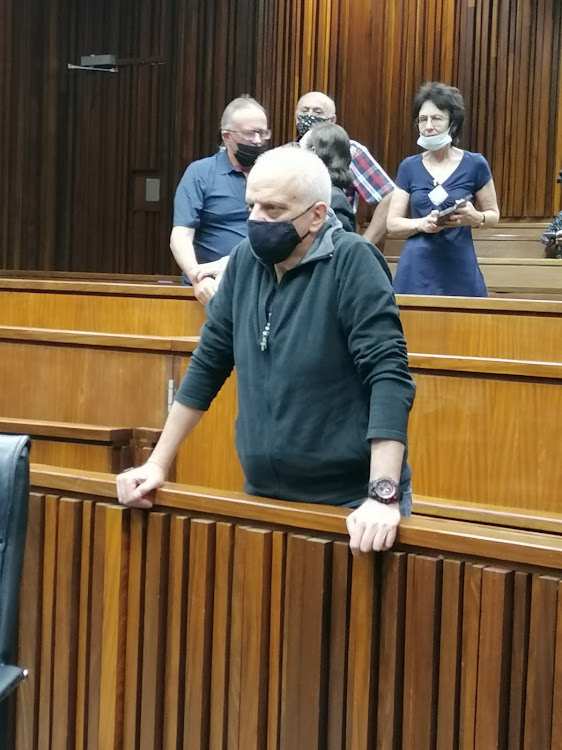 Vincenzo Pietropaolo, the man who killed his father and wife in two separate incidents in March 2017, has been sentenced to two life terms and 26 years imprisonment. The sentences will run concurrently.
Image: NPA

The high court in Johannesburg sentenced Vincenzo Pietropaolo, the man who killed his father and wife in two separate incidents in March 2017, to two life terms and 26 years imprisonment on Monday.

Pietropaolo killed his father, Pasqualino, whom he shot in his sleep in March 2017 in what was initially believed to be a failed house robbery.

He was arrested on the night of the murder after a successful chase by the Brackenhurst community policing forum (CPF).

The CPF members responded to gunshots and were given the description of the suspect's  car. They gave chase and traced the accused to the complex where he lived.

Judge Ratha Mokgoatlheng found Pietropaolo guilty after, among other things, his car’s tracking device placed him in the vicinity of the crime scene, and forensic ballistics linked the firearm found in his possession during his arrest by members of the CPF to the murder of Pascualino.

Vincenzo Pietropaolo took less than three minutes to shoot his estranged wife nine times and make his escape, and though he thought there were no ...
News
3 years ago

Pietropaolo claimed he was collecting documents at Manuela’s house when she called him to the front door.

He further claimed that an argument ensued, where he was provoked and driven by an emotional storm, he discharged his firearm.

Prosecutor Lwazi Ngodwana argued that Pietropaolo’s age, 65, should not be viewed as a substantial and compelling circumstance for the court to deviate from the minimum prescribed sentence of life imprisonment in respect of the two murder charges. He pleaded with the court to impose a sentence that reflected a criminal justice system that abhorred the killing of innocent citizens in such a brutal way.

“The accused killed a defenceless, 90-year-old man, who could have never offered any resistance. He went on to empty nine bullets into the body of his estranged wife.”

Ngodwana said what was disheartening was that Pietropaolo had shown no remorse for his deeds.

Mokgoatlheng said despite Pietropaolo’s age, the court considered the horrendous manner by which both victims were killed and the fact that the accused had shown no remorse for his actions, to impose a sentence of life imprisonment.

Sad day for SA when families die at the hands of loved ones, says Bheki Cele

It is a national tragedy that South Africans continue to die at the hands of their loved ones, the police minister said at a KZN homestead where a ...
News
1 year ago

Pule's family eager to get answers from boyfriend

The family of slain Tshegofatso Pule is eagerly waiting to come face to face with her boyfriend and the alleged mastermind behind her killing in ...
News
1 year ago
Next Article