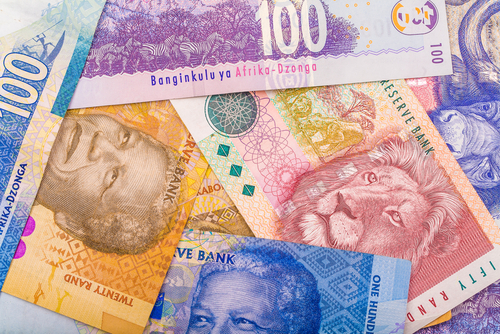 The high court in East London has granting an interdict to stop the salary deductions of 20 social development department staffers saying that the deductions threatened their financial integrity, creditworthiness and ability to support dependants.
Image: SUPPLIED

Twenty Eastern Cape department of social development staffers, working from home since February 2019 when toxic formaldehyde gas leaked into their offices, had to turn to the courts to stop the department from suddenly docking their salaries during lockdown.

Granting the interdict, the high court in East London said earlier in September that the salary deductions threatened the staff members’ financial integrity, creditworthiness and ability to support dependants.

The social work managers had to vacate their offices in the Beacon Bay building due to the health hazard caused by the leaking gas, for what would be an initial period of six months, until the public works department had acquired alternative office space for them.

But, as social development provided neither guidance nor support on the work-from-home regime, the staffers had to use their personal cellphones and data and, by January 2020, they raised their working from home as a grievance against their employer.

In February, the department told them “to wait at their respective homes”.

However, on May 15, at the height of the Covid-19 lockdown and despite public works still not having secured the alternative office space, social development withdrew the authority to work from home.

The department said unauthorised absenteeism had occurred since January 24, that the employees were not working and therefore the “no work, no pay” rule would apply.

Three days later the 20 were disconnected from their “modes of communication” with the department.

Despite writing to the social development director of crime prevention and support, a Mr Mankayi, as they had been told to do, explaining their absence from work had been authorised and never withdrawn, they were not given a place to which they had to report for work.

The department ramped up its action, first stating on June 11 that a disciplinary investigation would be implemented.

Then it said on June 22 that “leave without pay” would be enforced for the month-long period from May 18 to June 19. An amount owing to the department for this period, totalling R96,582 for each staff member, would be deducted in 12 monthly instalments from July.

Now the high court has come to their assistance, ordering the department to stop the deductions until a court review of the department’s decision is completed.

The court found that while they were asked to explain their alleged absence from work for the January 24 to May 14 period, they were not implicated for the subsequent period up to June 19.

There was no legal basis for the deduction, rendering it contrary to their contracts with the department.

They had also not been given an opportunity to respond to the supposed reason for the department’s action, “itself a serious omission”.

The court found staff committed to obligations on the basis of expected income and being deprived of part of their income had serious consequences when they were unable to meet these obligations.

The department eventually provided them with a place to work — the departmental boardroom — on July 27.

A Limpopo TVET student who went missing two weeks ago has been found dead, the provincial social development department confirmed on Tuesday.
News
1 year ago

President Cyril Ramaphosa believes the decrease in the country’s gross domestic product represented an anomaly however it reinforces the importance ...
News
1 year ago
Next Article