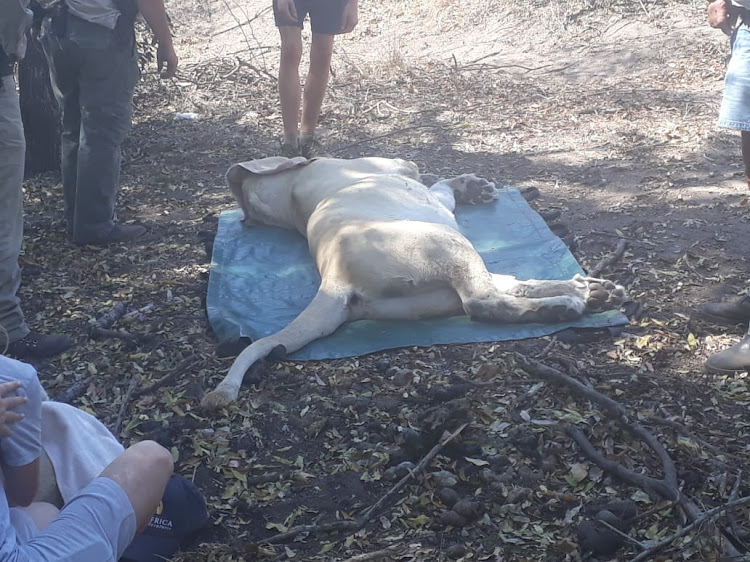 The incident occurred at the Lion Tree Game Lodge in Hoedspruit, according to police spokesperson Brig Motlafela Mojapelo.

“It is believed that the two lionesses attacked the deceased during one of their usual walks. The incident allegedly took place while his wife was helplessly watching,” he said.

“The police and emergency services were activated. On arrival, the man was found with multiple injuries. He was declared dead on the scene.”

The lionesses have since been moved to another game lodge in the area.

At least two alleged poachers‚ maybe even three‚ were killed by a pride of lions on the Sibuya Game Reserve outside Kenton-on-Sea in the Eastern Cape ...
News
3 years ago

Provincial police commissioner Lt-Gen Nneke Ledwaba urged members of the public to be careful around these dangerous animals to prevent similar incidents from happening again.

An inquest docket has been registered.

Tributes have been pouring in for Mathewson on social media. Writing on Facebook, Ester Du Toit said: "Our condolences to the family - very tragic. West was a wonderful soul and he loved those lions. Hope they are spared."

Grp Criss wrote: "West was a great person, rescuing the lions from canned hunting when they were five years old."

He was a conservationist and against hunting and breeding, added Criss.